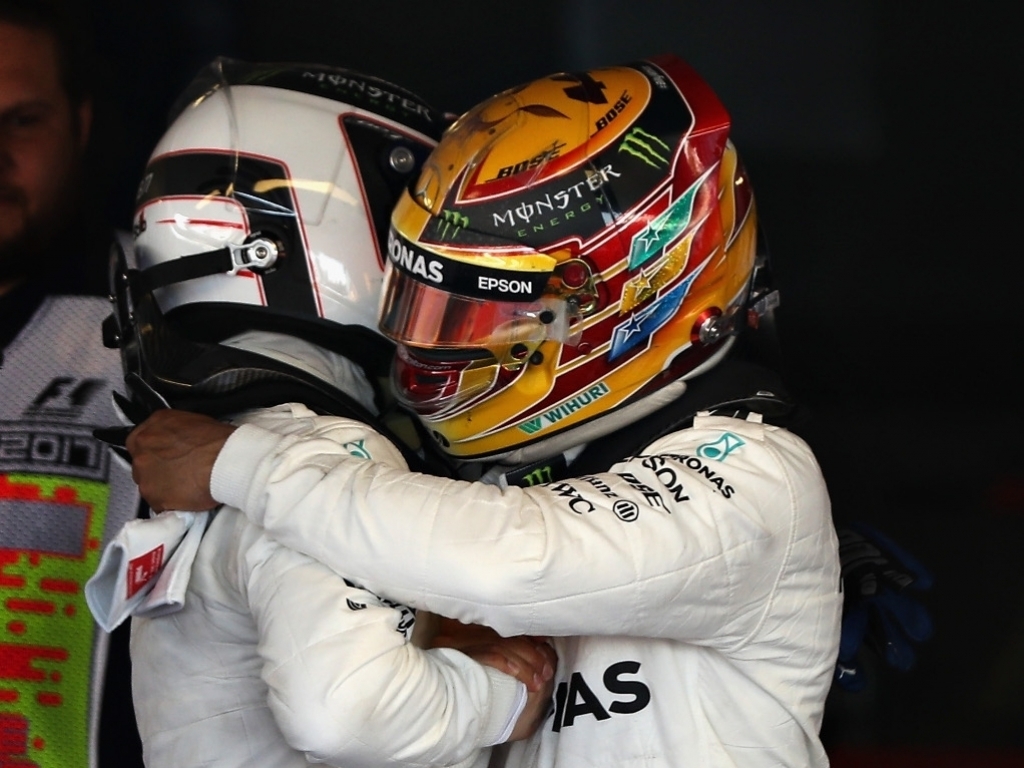 With his first race win on the board, Valtteri Bottas admits his amicable relationship with Lewis Hamilton may not last as the Mercedes team-mates fight for the World title.

Bottas raced to his first win as a Formula 1 driver in Russia on Sunday, holding off Sebastian Vettel to take the chequered flag.

Hamilton, who struggled throughout the weekend and could only finish fourth, was one of the first to congratulate the Finn.

But while their relationship is friendly at the moment, Bottas admits that may not last through to the end of the season.

“Lewis said he was happy for me which was very nice from him,” he said. “We have been able to be very professional so far.

“If he has been in front of me I tell him honestly that he has done a great job, and vice-versa.

“It is good to see that from a three-time World champion. The Ferrari drivers were saying well done, too.

“But it is going to be a long year, and at some point things might get a bit more tricky and tight.

“When it comes to the championship fight, there might be less talking and more fighting on track.”