Home Uncategorized Bottas: I don’t want to be in Hamilton’s shadow 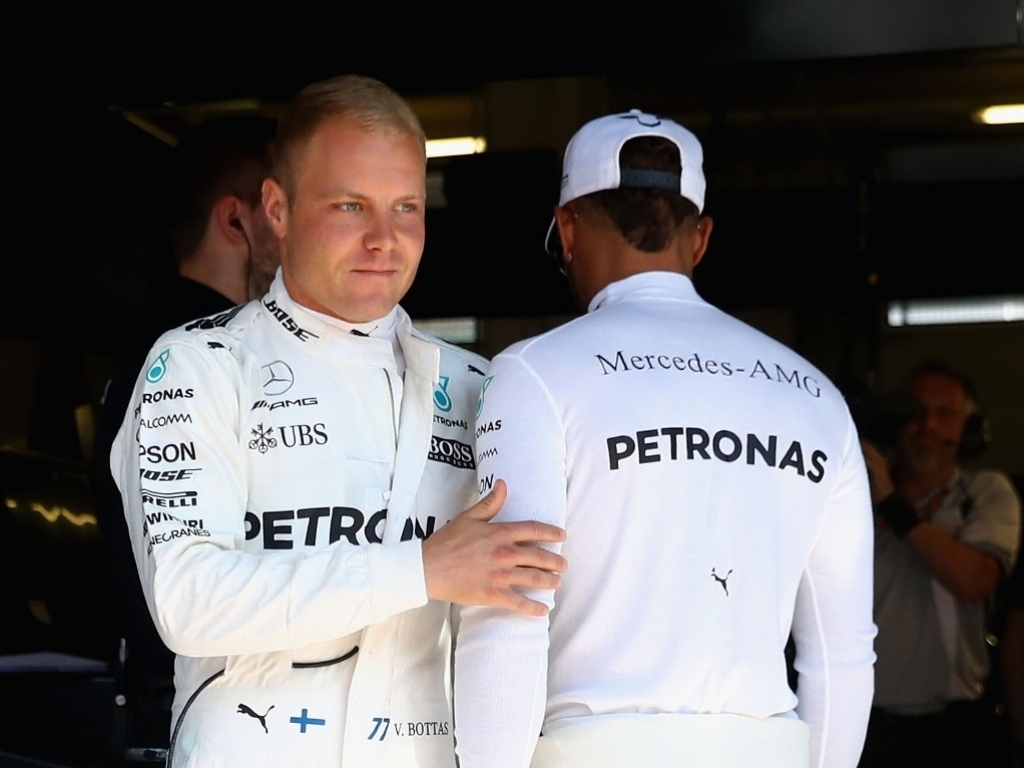 Valtteri Bottas is adamant he can beat Lewis Hamilton and Sebastian Vettel to this year’s World title, as he doesn’t want to be in his team-mate’s shadow.

With nine races remaining, a total of 175 points still in play, Bottas is third in the Drivers’ standings on 169 points.

That puts him 19 behind Hamilton and a further 14 adrift of championship leader Vettel.

The Finn, a two-time race winner, reckons he can overhaul them both in the second half of the season.

“Yes, I can become World Champion,” he told Sport Bild.

“There are still nine races to go, and I believe that I can beat Lewis and Sebastian – I have already done both this year.

“I am getting better and better. There is no limit for me. I would never say that one of my opponents is better than me. I believe in myself.”

The Finn rubbished any suggestion that he would be called on to play number two to Hamilton, saying the Brit’s move to hand back P3 in Hungary proved that they both have a fighting chance at the title.

He added: “Not every team-mate would have done that for a podium, but on the other hand, I would have been angry if Lewis had not accepted the deal.

“The team has made it clear right from the beginning that we are both treated and respected equally.

“We get the same equipment, there is no number one and number two driver, and I trusted that was the case.

“I am fighting for the World Championship, as this is also about my own career.