Home Uncategorized Bottas: I ‘enjoy working’ with Lewis at Mercedes 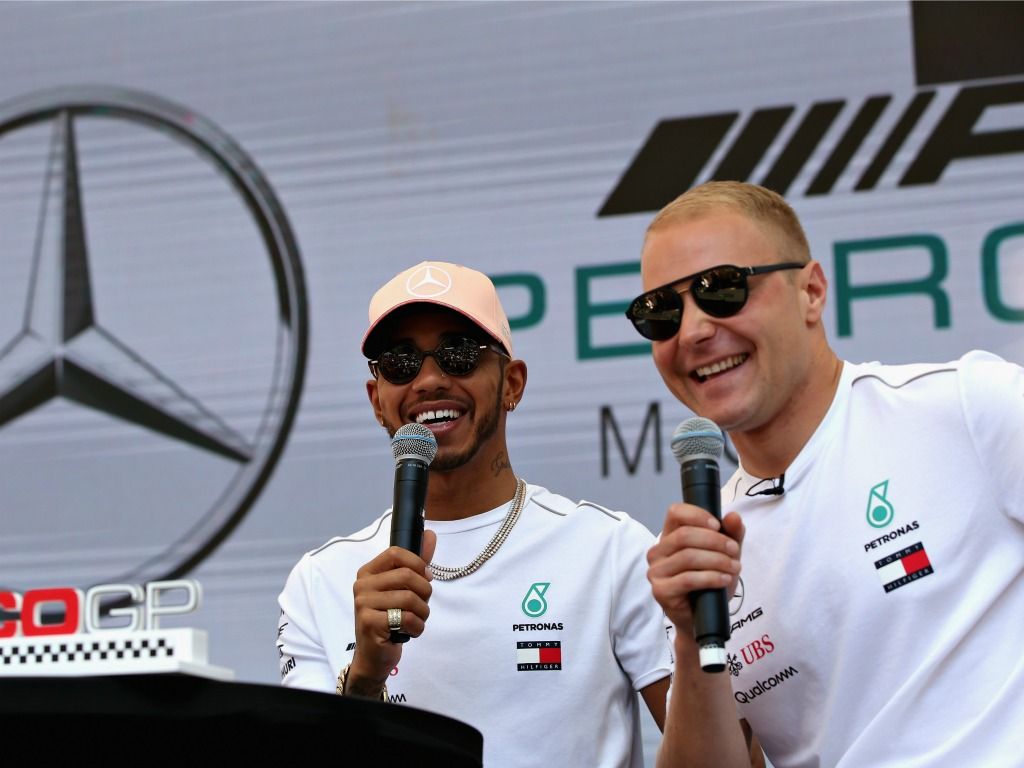 Valtteri Bottas has said that he wants Lewis Hamilton to stay with him at Mercedes.

The Brit has been in talks with the team about what could possibly be the biggest deal in F1 history.

However, the four-time World Champion is yet to sign on the dotted line. Bottas, though, wants his team-mate to stay with the Silver Arrows.

“Of course, it would be nice that Lewis stays too, because I enjoy working with him,” Bottas said about Hamilton.

“The fact that he was won four championships and me none pushes me to outdo myself,” the Finn continued. “We work well together and that is why I would rather stay with Lewis on this team.”

Bottas put pen to paper on a new deal in September, but Hamilton could be waiting for Mercedes to bring upgrades to Canada before he makes his decision.

The Brit believes that it is not just between himself and Sebastian Vettel for the title.

“It is definitely a three-way fight,” Hamilton said. “They [Red Bull] will continue to get stronger through the year.”