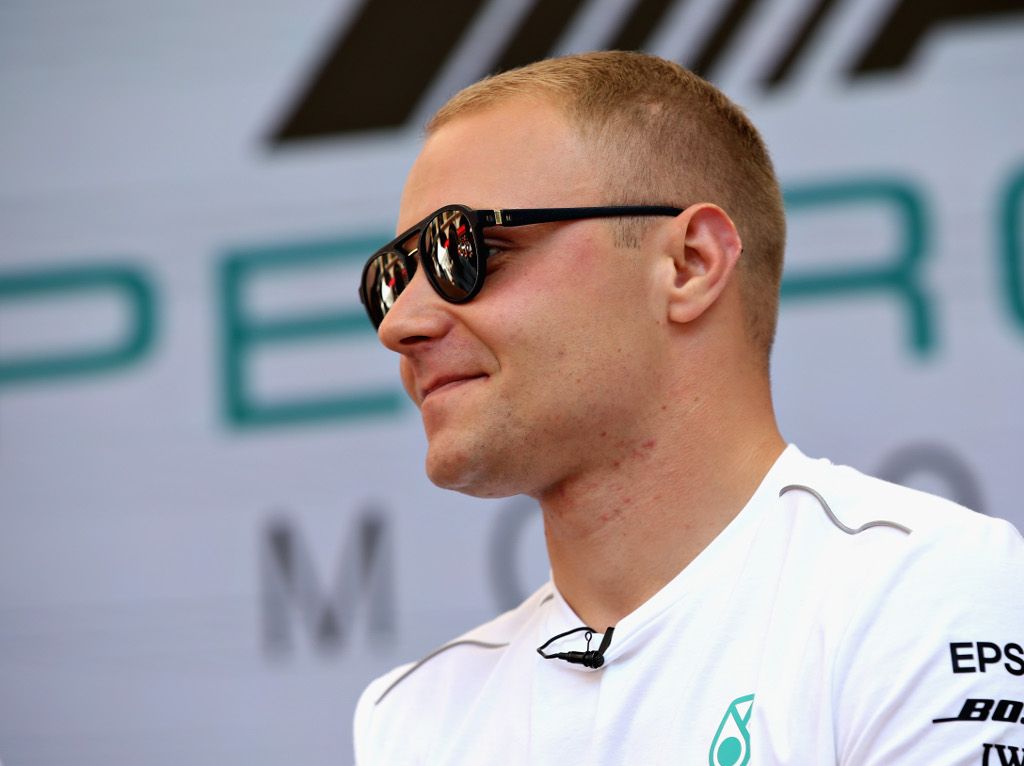 Valtteri Bottas believes he will remain with Mercedes next season as he has been “meeting those targets” set by himself and the team.

Although Bottas is yet to win a grand prix this season, the Finnish driver came close in Bahrain and again in Baku.

In Bahrain he finished 0.6s behind race winner Sebastian Vettel while in Baku he was robbed of the win by a late puncture.

As a result he is third in the championship on 58 points, 37 behind Lewis Hamilton.

Bottas, however, says he is meeting the targets needed to secure a new Mercedes deal.

He said: “We had a chat with the team before the team and we both expected performance gains compared to last year, this being my second season with the team, being on the pace everywhere and in how I would perform in general.

“For the moment I’ve been meeting those targets, both for the team and for me, but that is no magic number, no fixed target. We both agreed we wanted to see improvements from me, this being my second season with the team and with all I’ve learned last year.”

Bottas is not the only Mercedes driver without a contract in hand for next season.

Hamilton’s negotiations are dragging on in what Mercedes motorsport boss Toto Wolff billed as “email ping-pong on details”.

Bottas hopes that when he does re-sign for next season, he will do knowing that Hamilton is still his team-mate.

“For sure I’d like to know but, first of all, I’d like to stay with this team, as that’s my goal for the long-term.

“And for sure it would be nice for Lewis to stay too because I enjoy working with him. The fact he’s won four World Championships and I’ve won none, makes me try harder and try to be harder.

“But it wouldn’t change my mind about wanting to stay here if there was anyone else as team-mate. We can work quite well together and that’s why I would prefer to stay with Lewis.”