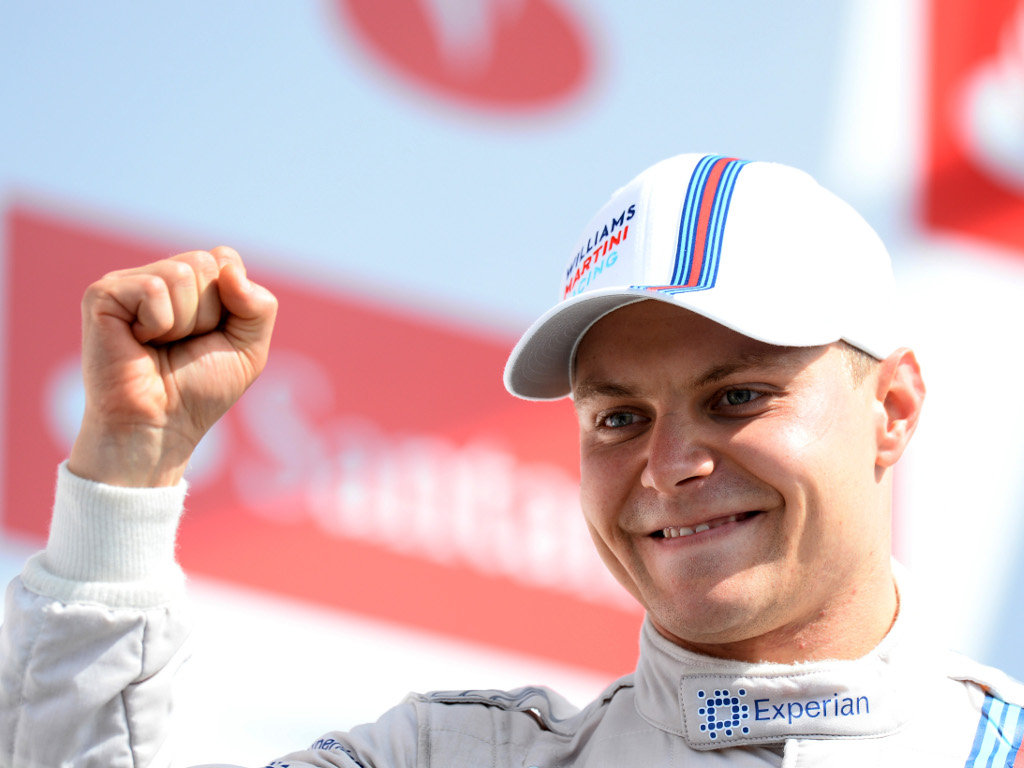 On the podium for the second time in as many races, Valtteri Bottas reckons Williams are “going in the right way.”

Last time out in Austria, the Finnish racer claimed his first podium result when he brought his FW36 home in third place.

One race later and it was a second-placed finish for Bottas, who put in a herculean effort in Sunday’s British Grand Prix.

Starting 14th on the grid, the 24-year-old had it all to do and that’s exactly what he did, losing out to only Lewis Hamilton.

“We’re going in the right way and the team has done a good job,” he said.

“It is pleasure to drive the car. I really enjoyed it. As a team we made the most out of it.”

The Brazilian was caught out in Kimi Raikkonen’s crash and didn’t even complete a single lap in his 200th GP start.

Bottas added: “I feel sorry for Felipe in his 200th grand prix.”

With another 18 points in the bag for Williams, deputy team principal Claire Williams was full of praise for Bottas.

She said: “Bottas is just cool and calm in the car. It’s a team effort, all the mechanics as well did a good job. We are now P4 in the Championship, it’s a great home grand prix for the team.

“For Felipe, it’s been a hard weekend. We had a lovely celebration for his 200th grand prix last night. We were so hopeful he could have a great race and we are so disappointed for him.”