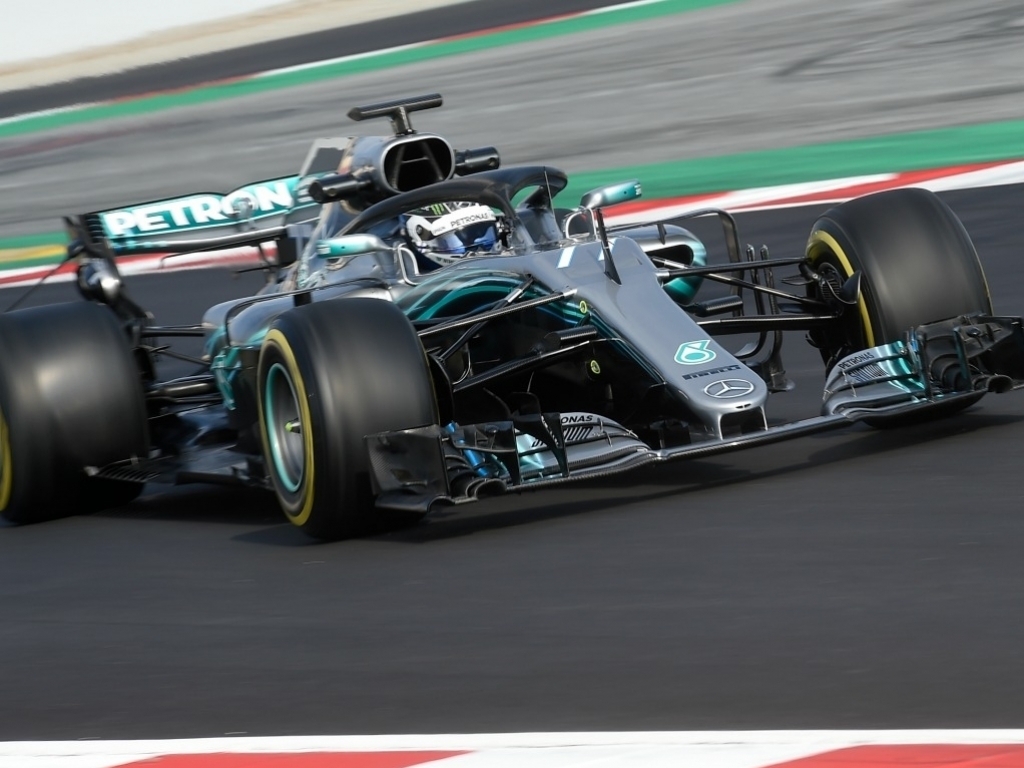 Freezing temperatures in Barcelona has made it slow progress for many teams at the Circuit de Catalunya, where Valtteri Bottas is on top at the unofficial lunch break.

With many staying in the warm and comfort of the garage following overnight snow, track officials opted to cancel the one-hour lunch break from 1200 GMT in order to maximise the time available to teams.

After the first four hours on day two, Bottas is top of the timesheets after posting a 1:20.270 on soft tyres, dislodging McLaren's Stoffel Vandoorne who was top for much of the morning after giving the hypersoft tyres their first outing.

Bottas had also racked up the most laps of anyone with 43 to his name at midday; both he and many other drivers sticking mainly to aero programmes in the cold track conditions.

Sebastian Vettel climbed up to P3 after his first extended run of the day.

Whilst there have been no red flags on day two thus far, Kevin Magnussen found himself back in the Haas garage a little earlier than planned after spinning off into the gravel trap, returning to action just before noon.

Charles Leclerc flirted with the wall in his first outing in the Sauber but managed to escape damage, while Red Bull's Max Verstappen had only completed one installation lap in four hours before re-emerging from the garage.

It is unclear whether the RB14 had an issue or the cold temperatures were affecting their planned programmes.

The afternoon session will see the likes of Lewis Hamilton and Robert Kubica return to action for Mercedes and Williams respectively, as talks remain ongoing as to whether to create another day of testing on Friday or next week to make up for the lost time caused by poor weather conditions over the last two days.