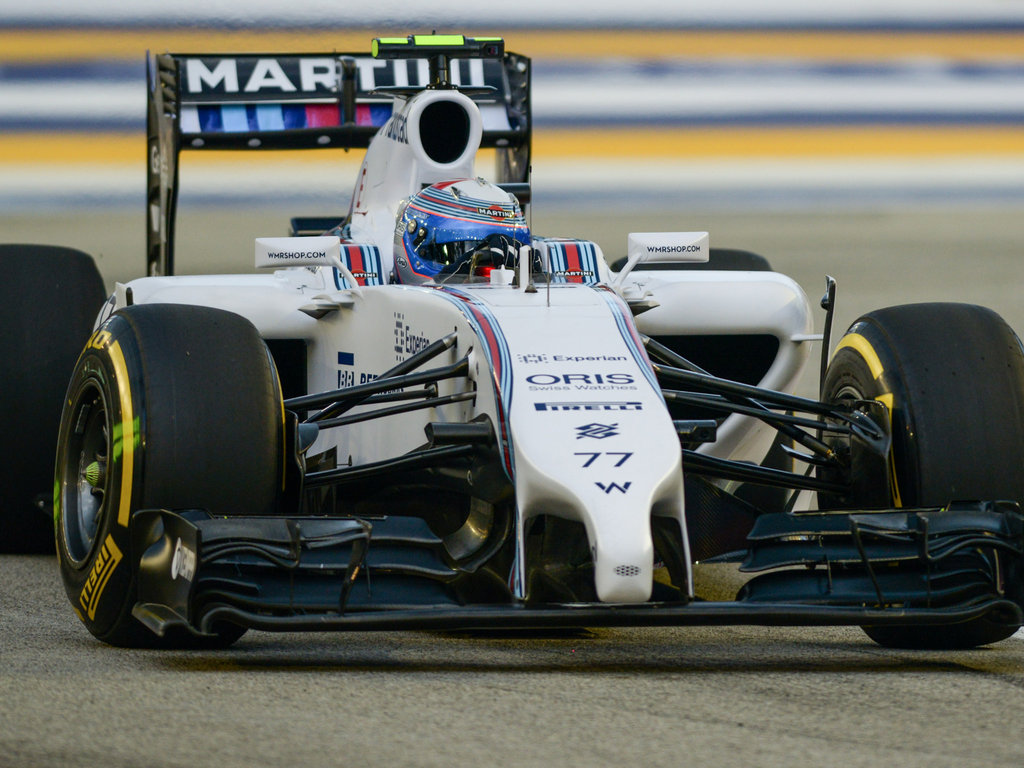 Disappointed at missing out in Singapore, Valtteri Bottas revealed his tyres just “weren’t able to hold on” having switched to a two-stopper.

With the Safety Car coming out midway through the grand prix, some teams opted to swap from three stops to two. Williams was one of those.

But while Felipe Massa was able to use his two-stopper to make ground on his rivals, Bottas’ cost him a points-finish.

Running sixth with five laps to go, the Finn eventually crossed the line down in 11th place as his tyres let go.

He revealed: “After the Safety Car we moved to a two-stop strategy and in the end the tyres just weren’t able to hold on.

“In the final lap I had a big lock up in the rear tyres when I was defending and after that I had no grip and cars could easily sweep past.

“I also had an issue with the power steering in the final stint and this made it harder to keep the tyres alive as I lost a lot of feeling in the car. If I hadn’t had this issue then I might have been able to go until the end.”

He added: “Obviously I’m disappointed not to finish in the points but we can take a lot of positives from this weekend as we looked competitive at a track that is less suited to our car and we have kept third place in the Constructors’ Championship.”