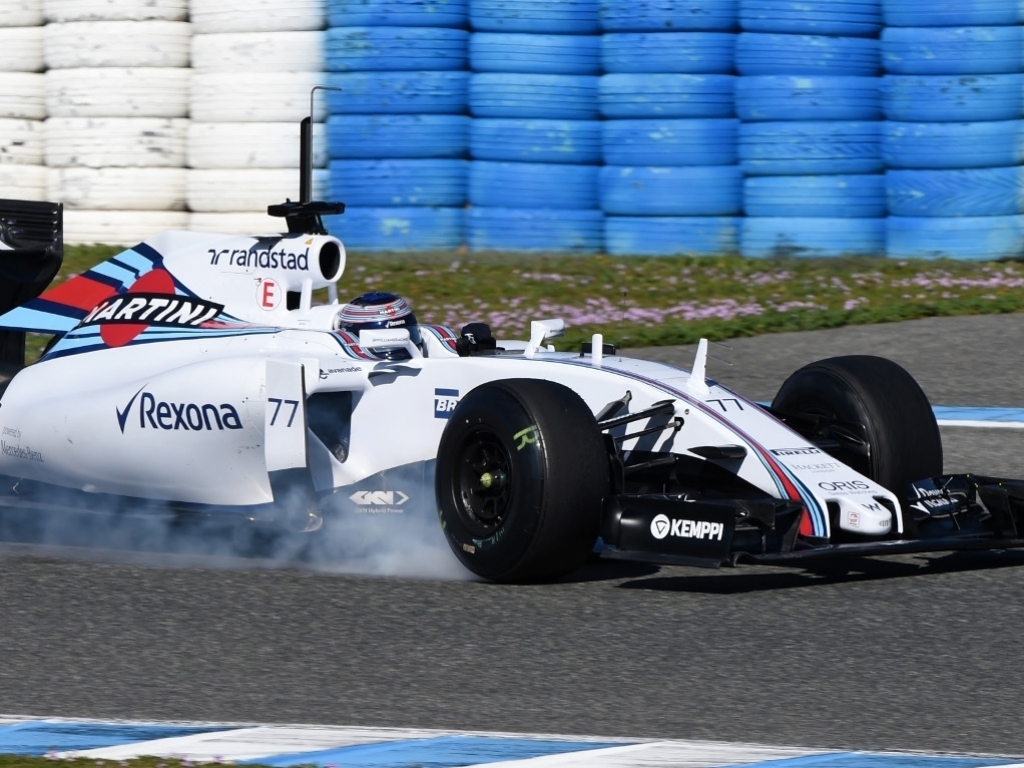 Valtteri Bottas was pleased with Williams' progress on the opening day at Jerez after initially making a slow start.

Just minutes after unveiling the FW37, Bottas put the 2015 challenger through its paces but he completed only nine laps in the morning session as Williams wanted to make sure that everything was 100 percent with their new car.

However, things picked up later in the day and he clocked 73 laps in total with a best time of 1:23.906, which was fifth fastest on the opening day.

"The day started off a bit slow, but it ended turned out to be a really good one," the Finn said. "After that initial set-back we didn’t have a single issue with the FW37, which is impressive for the first day with a new car.

"We started off on shorter runs before longer runs later this afternoon, including one run that was significant considering again that it’s only the first day. The car was consistent, so it’s a really good start to the week and we are pleased that it’s still a step up from the car we had at the end of last season.

"We know we have a lot to learn and improve, but we also know where these gains can come from, and have work to do with the car performance and the power unit. There are a lot of strengths in this car and we’ve made good progress in just one day, so I am very pleased."

Seb Fastest On Day One