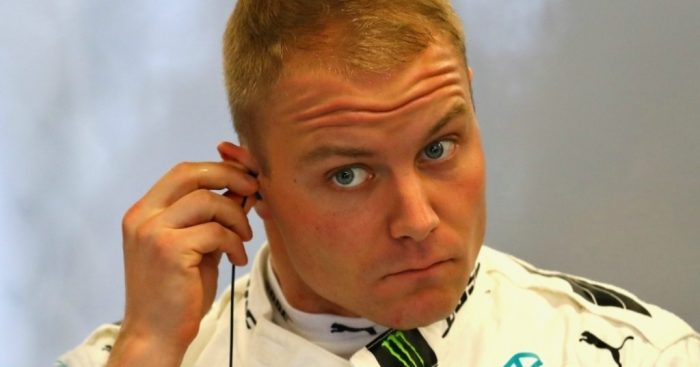 Valtteri Bottas is set to line up from at least P15 on the grid as his crashed W09 requires a new gearbox.

Bottas created a red-flagged Q3 session in Australia after being too aggressive going into the first corner and losing the rear at Turn 2 as a result.

The Finn made a big impact with the wall and left his car in need of a big repair job ahead of Sunday's race. He was unable to set a timed lap in Q3, so is set to fall from P10.

And Mercedes boss Toto Wolff confirmed a grid penalty for Bottas is on the way.

"We were lucky because it was a big shunt," said Wolff. "The chassis is ok, the gearbox not. Five [places penalty]."

Bottas owned up to his error, saying a damp track caught him out.

"I was carrying a lot of speed and I went wider than ideal, and definitely it was a bit damp where I was," he said.

"I got sudden wheelspin and I couldn't catch the rear any more or lift any more. It was my mistake.

"I just pushed too hard in that corner, trying to gain some time. That cost me Q3 and for us as a team a lot of extra work for tomorrow."