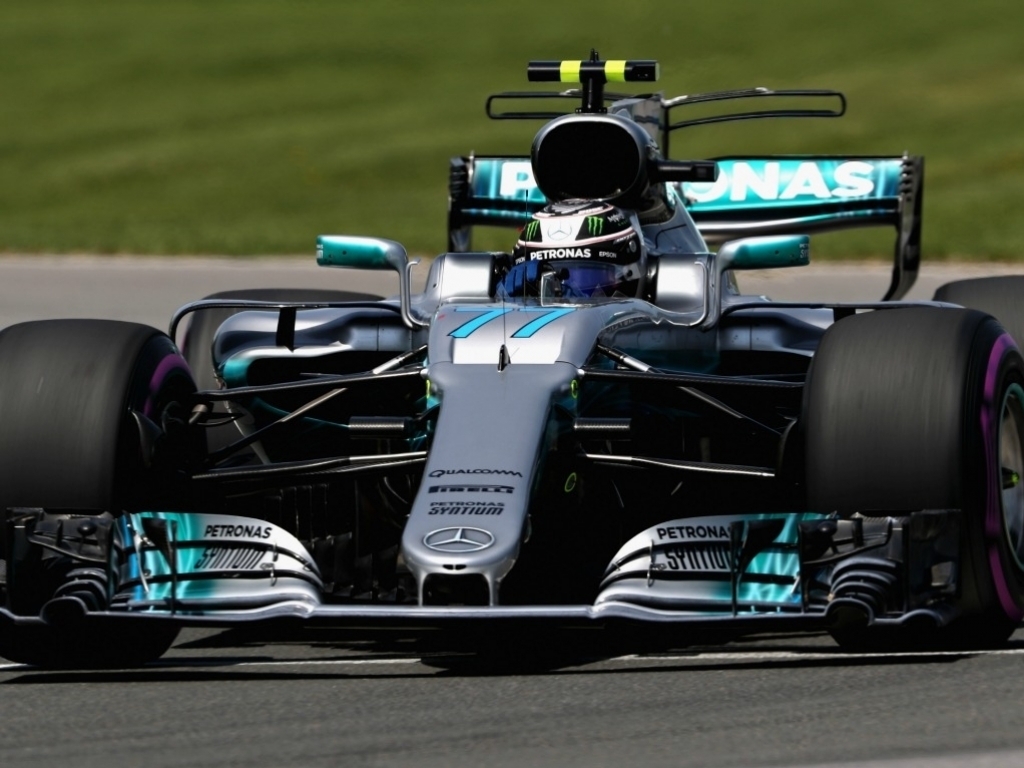 Valtteri Bottas praised Lewis Hamilton's epic pole lap and admitted he struggled with the balance of his car before clinching P3 in qualifying.

Bottas was seven tenths behind his team-mate Hamilton, who smashed the lap record with a 1:11.459 to clinch the 65th pole position of his career.

The Finn revealed he was unable to put the perfect lap together, but his long-run pace is giving him encouragement ahead of Sunday's race.

"It was close here, as I expected," Bottas said.

"Lewis had a mega lap today. For me, on the second run in Q3 I tried to go faster, I went too deep into the hairpin so I could have got a bit more out of it.

"I was really trying hard, it was a tricky day for me and I wasn't happy at all with the car in FP3. It got a lot better for qualifying, it felt good in Q1 and Q2.

"But in Q3 when it came to go to getting those last hundreds and thousands of a second, when I was pushing harder, the car became more unstable again, not so easy to predict, so I struggled more with the car today than Lewis did.

"I couldn't put a proper lap together."

"The long runs seemed OK, but I think it will be close with Ferrari.

"I felt good in the car in the long runs, so let's see what happens tomorrow."