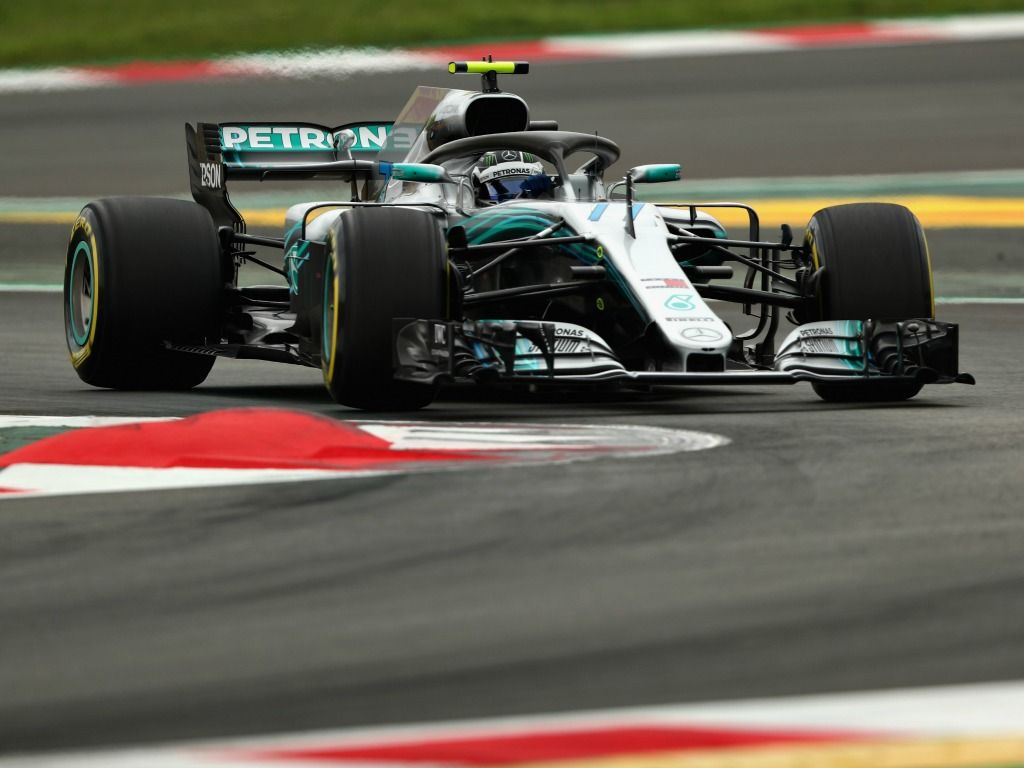 Valtteri Bottas has hailed Mercedes’ front row lockout for the Spanish Grand Prix as the “perfect result” in qualifying on Saturday.

The Finn was just 0.04s behind Lewis Hamilton, his Mercedes team-mate, who took pole position for the race on Sunday.

Bottas said: “It was close today, like it has been all weekend. It’s a perfect result for us and hopefully we can continue like this tomorrow.”

The Finn, in his second season at Mercedes, messed up his first lap in the final qualifying session, and was disappointed with himself for that.

He said: “I ruined my first run in Q3 so I only had one chance in the last run, so it was a decent lap. It is a shame it is only four hundredths of a second, but the race is tomorrow.”

The tyre strategy for Sunday’s race is a big decision, with the supersoft tyre not offering much of a difference in qualifying.

The Finn added: “Going into today we saw that the gaps between the different tyres, with these new tyres and the new surface were very small.

“We saw that in testing, and we saw it both yesterday and today. We thought the supersoft was the better tyre for us and it worked, but it was still marginal the gains we made.”