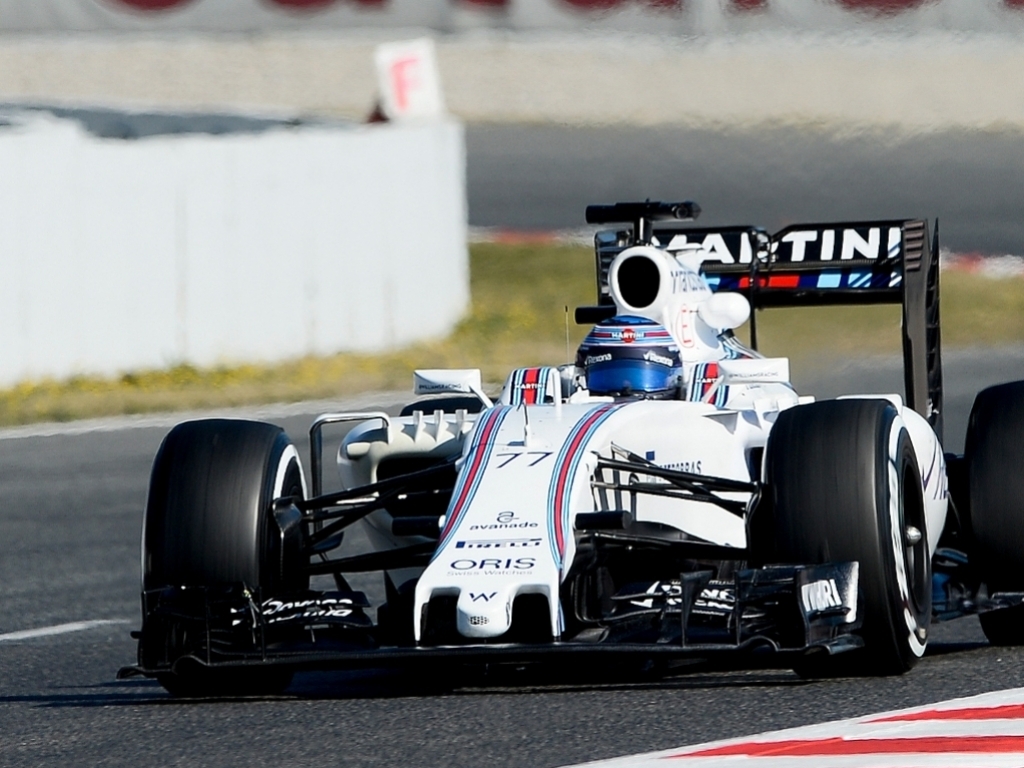 Day Two of the second Spanish test belonged to Valtteri Bottas as he edged Lewis Hamilton, although the Williams driver was on the quicker rubber.

Wednesday’s running at the Circuit de Catalunya saw several teams go for low-fueled qualifying simulations of which Williams was one.

Bottas first put in flying laps on the soft tyres before changing over to the super-softs which he used to post a 1:23.261.

That time was 0.361s quicker than Hamilton’s best from the morning, however, the reigning World Champ had set that on the soft tyres.

Kevin Magnussen was another to run the super-softs and it paid off as the Renault driver finished third quickest. He was 0.672s down.

Sebastian Vettel, who covered 151 laps as Ferrari rebounded from Tuesday’s lost track-time, was the fastest of the medium tyre runners with a 1:24.611 while Jenson Button climbed to fifth place on the soft tyres. The Brit amassed 121 laps in his McLaren.

Daniel Ricciardo focused on pit stop practice in the morning and a race simulation in the afternoon to finish sixth ahead of Carlos Sainz, who was the busiest driver with 166 laps, Sergio Perez and Nico Rosberg. The latter spent his afternoon conducting a race simulation without going for any quick times having already done a qualifying simulation on Tuesday.

Pascal Wehrlein completed the top ten for Manor, slowest of all but for Marcus Ericsson. The Sauber driver spent his first day in the new C35 but it wasn’t without problems as he spun off into the gravel at Turn 4 during the afternoon’s session.

It was a wretched day for newcomers Haas as Esteban Gutierrez covered just one lap before he was forced back to the pits with an “anomaly” on the data. That necessitated a turbo change – even though Haas had done one overnight – and a premature end to the day for the Mexican racer.