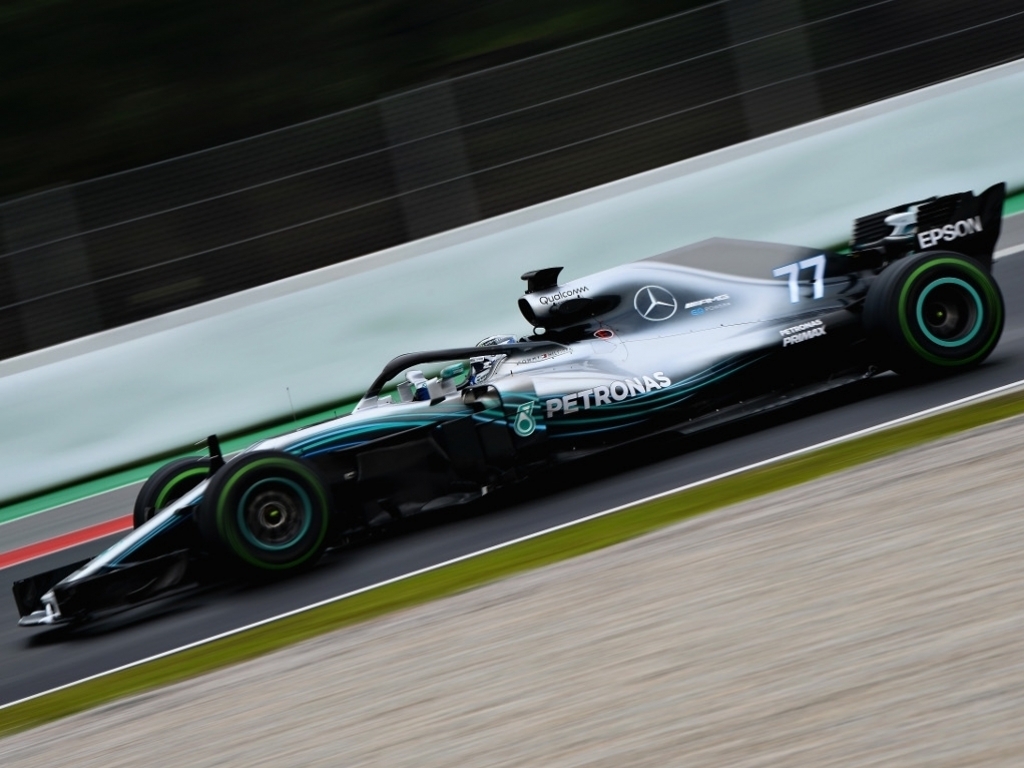 Valtteri Bottas returned to the top of the timesheets on an uneventful yet busy morning at the Circuit de Catalunya.

After Wednesday’s whiteout in which just 17 laps were covered, it was a busy start to Thursday’s play.

Despite the fog and the wet track, the drivers completed more laps in the first 30 minutes than the entire Wednesday.

Bottas was the man to beat as he dominated the timesheets, leading for most of the morning, on the Pirelli intermediates.

His P1, though, came under threat in the hour before lunch as the conditions improved, the rain abated and the track temperature climbed to 27’C.

Kevin Magnussen, Nico Hulkenberg and Pierre Gasly all paid a brief visit to P1 only to lose out to Bottas with a 1:24.722. Only Bottas and Hulkenberg were on the slicks.

Ericsson brought out the red flags earlier in the morning when a stoppage resulted in his C34 getting a lift back to the pits on a flatbed truck.

We had a brief stoppage for a gravelly Sauber recently

But the times keep tumbling – Vandoorne has improved to a 1:46.248 👊#F1 #F1Testing pic.twitter.com/1rkywqwWIt

Sebastian Vettel was down in ninth place as, instead of putting in the laps, the Ferrari driver faced a media scrum when the conditions were at their best.

Sergio Perez in his first outing in the new Force India was P10.