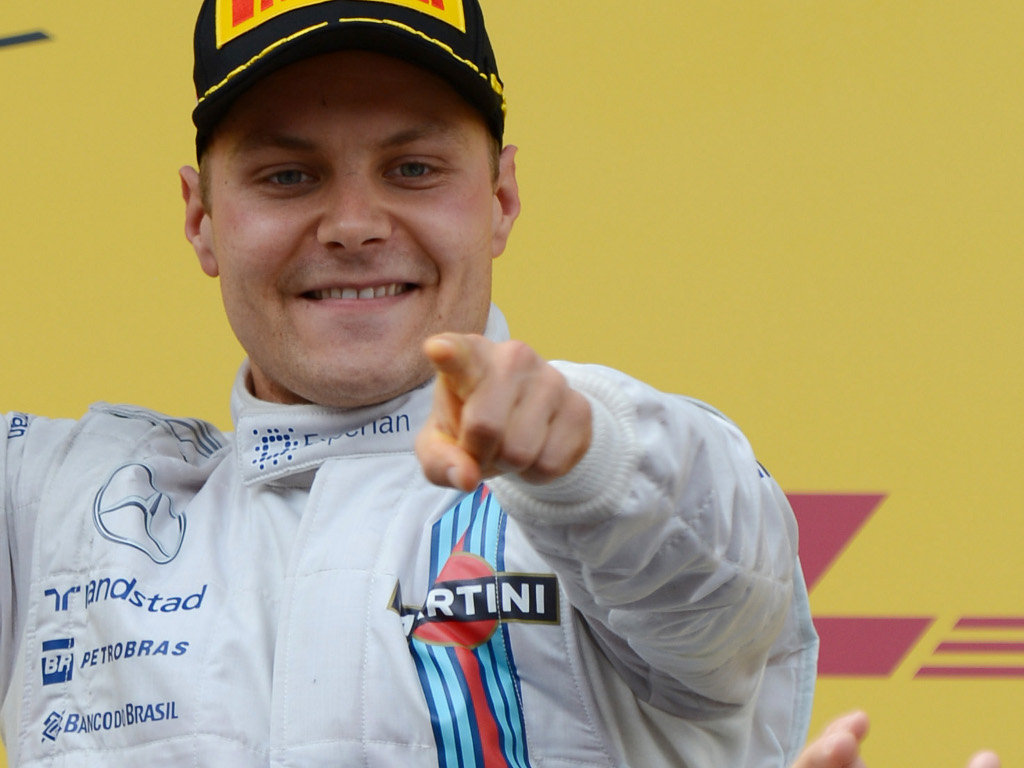 Valtteri Bottas has thanked Williams after securing the first podium result of his Formula 1 career in Austria on Sunday.

Although Bottas started Sunday’s 71-lap race second on the grid, right behind team-mate Felipe Massa, Williams made it clear ahead of the race that beating Mercedes was not their main aim.

“Mercedes are by far and away the leaders at the minute,” said Rob Smedley, adding that the team’s goal would be to finish ahead of those that they are “competing directly with in the championship.”

And that’s exactly what Williams did.

A jubilant Bottas finished the grand prix in third place with Massa fourth and afterward hailed Williams’ “much better” form.

“Really really happy, difficult to put it into words really,” said the Finn, who is in his third season in F1.

“Just really thankful for the team, for giving me this car.

“It’s been a long wait for us since last year and many, many years at Williams, now it’s so much better.”

And although there was not much excitement or wheel-to-wheel racing involved in Bottas’ afternoon, he said it went as planned.

“The race was exactly what we needed at this point: clean, nice, everything went like planned really.

“The car was good for podium this time, and I’m just so happy.”