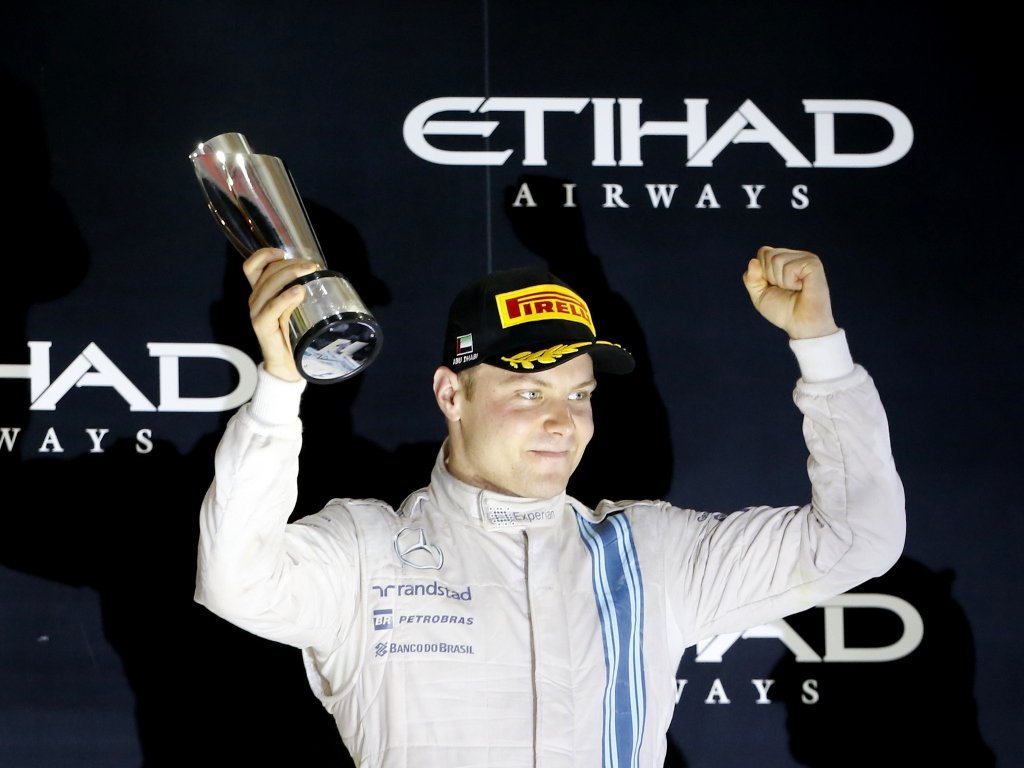 Valtteri Bottas capped off an amazing year for Williams with third in Abu Dhabi and fourth in the Drivers’ Championship.

After a sluggish start saw him drop from third to eighth at the Yas Marina Circuit, the Finn fought his way back brilliantly to help Williams to secure their first double podium of the season as his team-mate Felipe Massa was second behind Lewis Hamilton.

His podium also meant he secured fourth in the Drivers’ standings as he finished ahead of former World Champions Sebastian Vettel and Fernando Alonso.

“I always like to be here [on the podium],” he said. “It would do for us this season. It’s been an amazing year, we are improving and getting stronger. This last race shows just how far we are going.

“I’m really thankful I can be part of this team and I can drive this car.”