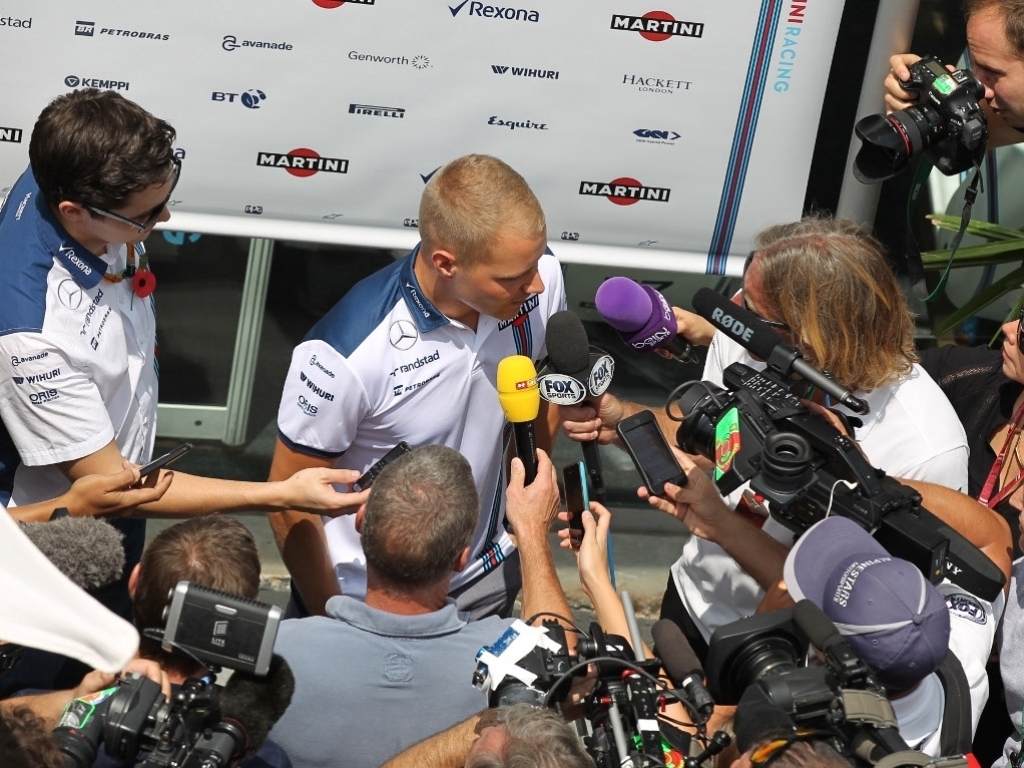 Valtteri Bottas has shrugged off the criticism he has received following his recent incidents with Kimi Raikkonen, saying he gets "a lot of s*** from time to time".

The Williams driver and Raikkonen first clashed on the final lap of the Russian GP with Bottas forced to retire while the Ferrari man nursed his stricken car home in fifth place. However, Raikkonen was handed a time penalty after the race and dropped to eighth.

A few weeks later in Mexico and they were involved in another crash, but this time Bottas managed to finish third while Raikkonen retired.

The two Finns have agreed to disagree over both incidents, but fans in their home country appear to blame Bottas for the incidents.

However, the 26-year-old is unperturbed.

"I haven't read anything after Mexico, I only read after Sochi. Obviously it is Kimi bias in Finland because he is a world champion and he has loads more fans.

"That's fine with me, that's how it is and I haven't checked anything recently because I know I can get a lot of s*** from time to time. I've also got a lot of support and I'm thankful for that."

Asked about his relationship with Raikkonen, Bottas said: "We haven't spoken lately but there have been no problems. It's racing – sometimes you hit, sometimes you don't and this time we hit. It's just unlikely that it was me and him again."