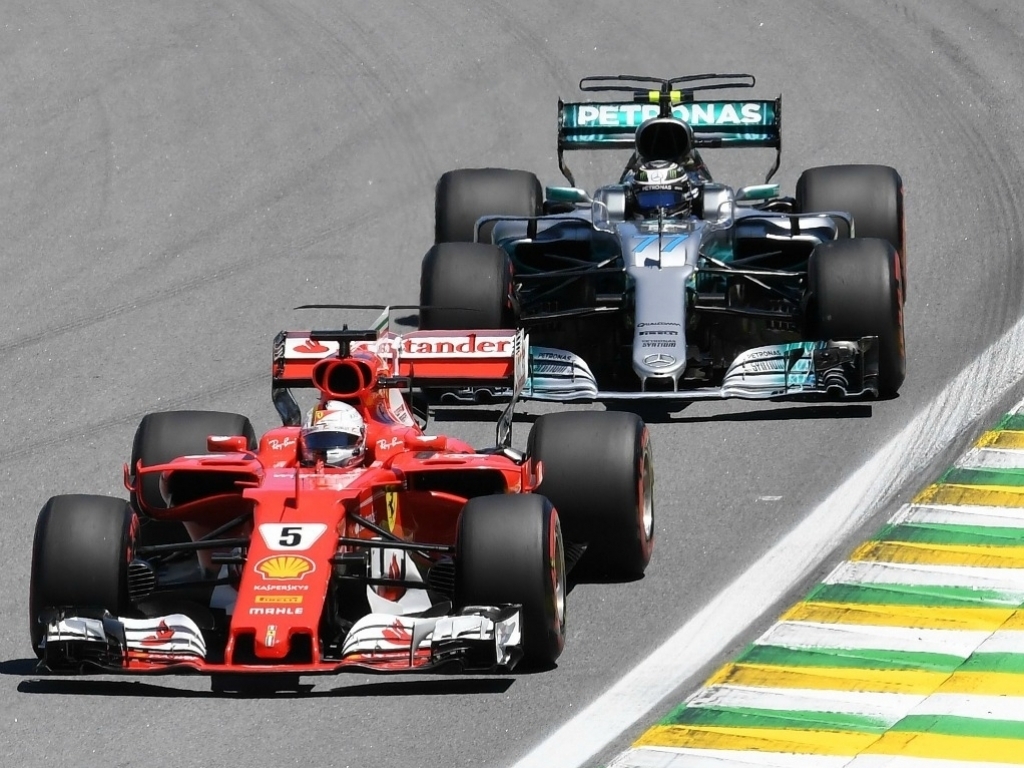 Valtteri Bottas was very disappointed that he ended up in the middle of a Ferrari sandwich on the podium at the Brazilian Grand Prix.

Bottas started on pole position in his pursuit of a first victory since Austria, but those hopes soon faded away as Sebastian Vettel got the better getaway and led into Turn 1.

The Finn made no real impression on the leader throughout the vast majority of the race. However, he did get close to making the under-cut stick after their one and only pit stops.

"I didn't want to be sandwiched," Bottas said on the podium. "We started from pole so the only goal was to win the race today.

"It's very disappointing we lost in the race start. After that it was very close between them. I was trying to put pressure on Sebastian but it didn't lead to anything more."

Bottas also credited team-mate Lewis Hamilton for his comeback from the pitlane to P4.

He added: "Lewis did a great comeback. He got some really good points. On to Abu Dhabi."