Home Uncategorized Boullier: Alonso should be ready for China 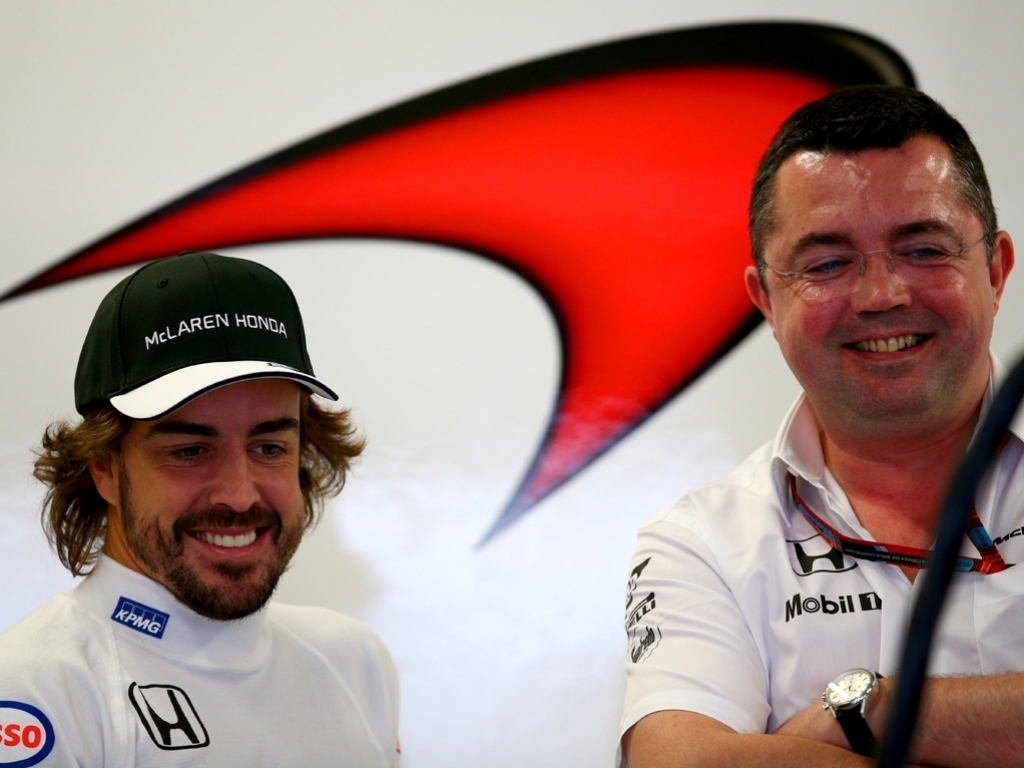 After McLaren-Honda driver Fernando Alonso was declared unfit to race at the Bahrain Grand Prix, Racing Director Eric Boullier has said that the Spaniard should be ready for the Chinese GP.

Alonso was involved in a crash with Haas driver Esteban Gutierrez at the season-opening Australian Grand Prix. The following Thursday before the Bahrain race weekend commenced, FIA doctors decided not give him the Double World Champion the go-ahead.

However, as the race in China approaches, Boullier is confident that the 34-year-old will be back in the Honda-powered car in time for the Grand Prix.

“Yeah, I think so. He is going to go again for some scans and then the FIA will inspect them and decide yes or no,” he told ESPN.

On Alonso’s replacement in Sakhir, Boullier added that Stoffel Vandoorne impressed everyone at McLaren by scoring their first points of the season.

“It was a good experience [for Alonso] as well. He enjoyed being around and he made some very nice comments on the radio,” the Frenchman revealed.

“You know what he went through and he is obviously only going to be better, if he is racing again, which we don’t wish, but if he has to, the team is now confident he can do the job.

“I think having done such a weekend for him it is a massive boost to his confidence. It is also a boost I guess for his career. I know a lot of people have some eyes on him. So it is good for him.”