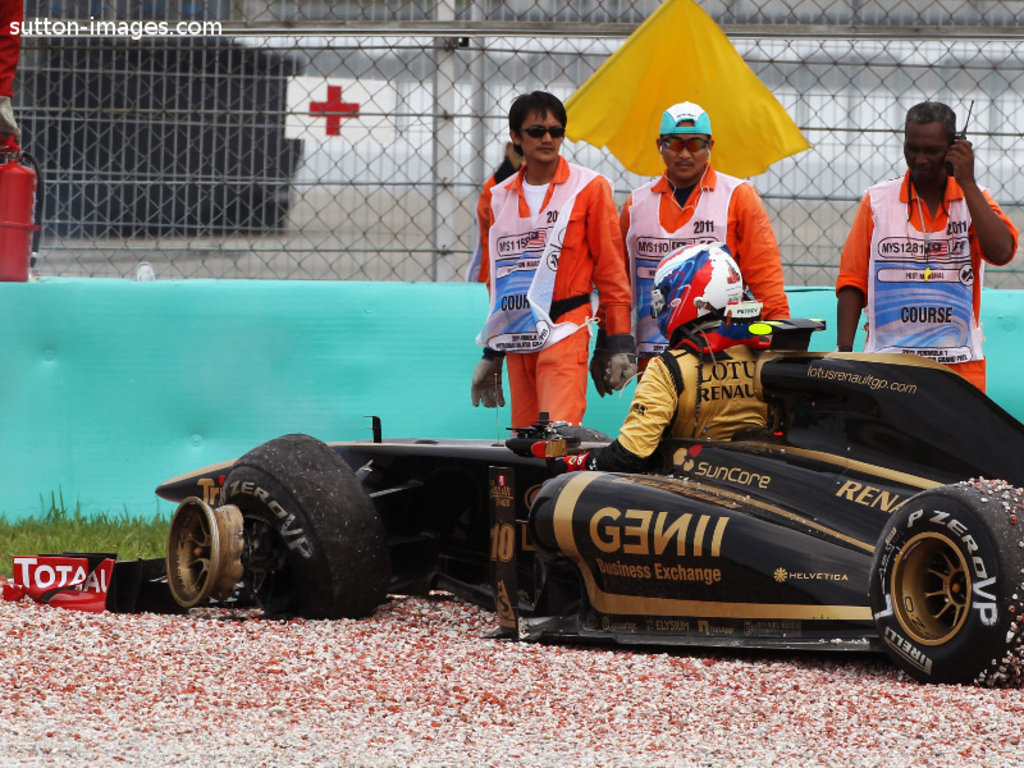 Renault team principal Eric Boullier could only shrug his shoulders after they discovered that a faulty material batch was to blame for their drivers’ woes in first practice on Friday.

A lot is expected of Renault in Malaysia following Vitaly Petrov’s surprise podium in Australia but they made a disappointing start to their weekend as both Petrov, who spun into the gravel, and Nick Heidfeld suffered suspension upright failures in the first 90-minute session.

After a thorough investigation, both drivers took part in the second session and Heidfeld managed the eighth fastest time while Petrov was down in 12th.

“At first we thought we had brake problems which was very difficult to understand until we had a proper diagnostic.

“It then took us a lot of time to investigate properly, obviously because it is a safety issue.

“We found out the two failures came out of the same batch of new parts, so we had a back-up plan, and it went okay.

“But we suspect, very strongly, there is a heat treatment material issue because everything other than that is the same design.

“They are new parts from a new batch. That’s it. These things can happen unfortunately.”

Despite their problems in the first session, Petrov is confident they can turn things around.

“The problem in the morning was quite a surprise and so we decided not to run until late in the afternoon when we had understood things properly,” said Petrov.

“When I did finally get out the car felt fine, but the time we had was very limited and we didn’t really manage to do any set-up work.

“However, tomorrow is a new day and I think we can still have a good weekend.”