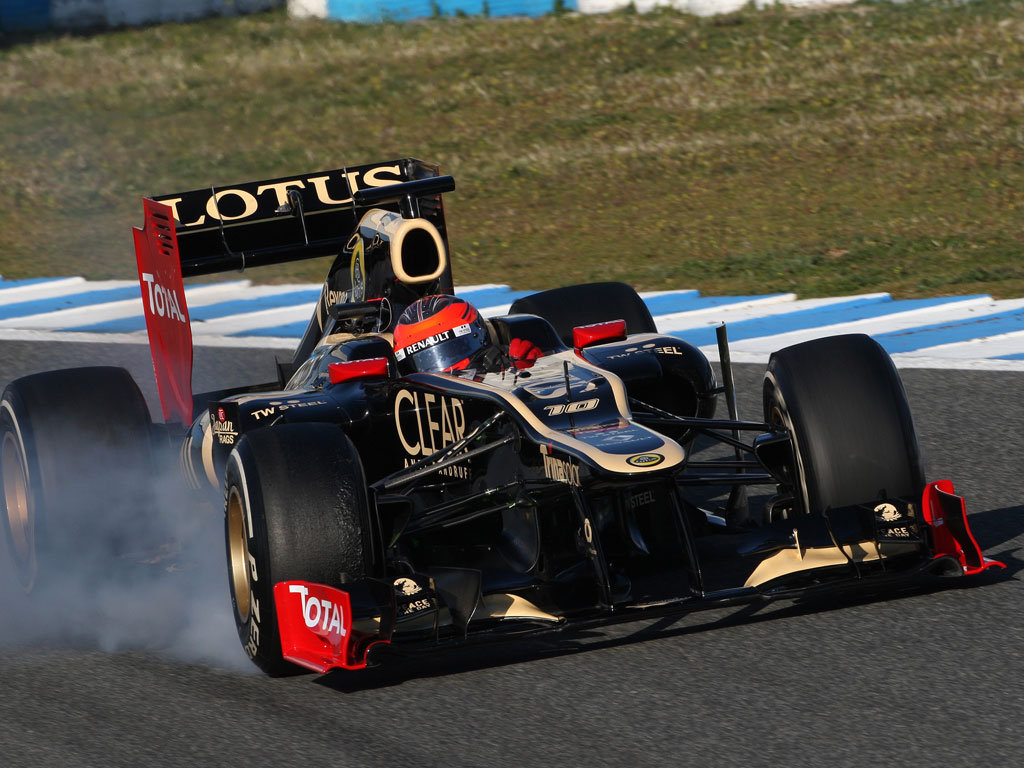 Although Lotus team boss Eric Boullier admits it was good to finish in Jerez with the fastest time, he concedes it doesn’t mean much…

Although Lotus team boss Eric Boullier admits it was good to finish in Jerez with the fastest time, he concedes it doesn’t mean much.

Lotus’s 2012 pre-season got off to the perfect start at Jerez on Tuesday where Kimi Raikkonen set the pace on his first day back at the office.

However, it was his team-mate Romain Grosjean, who despite not actually topping the timesheets for a day, posted the most important lap time.

In action on Thursday, the Frenchman clocked a 1:18.419 to finish second behind Nico Rosberg. However, Rosberg was driving a 2011 Mercedes GP whereas Grosjean was in his team’s brand new car.

And that time from the Lotus driver proved to be the fastest for the new cars over the four days with Fernando Alonso coming second in his F2012 with a 1:18.877.

“This was a very positive test for us,” said Boullier.

“Kimi and Romain both did great jobs in the car. The E20 has been reliable straight out of the box.”

The team boss, though, downplayed the significance of Grosjean’s lap time, saying there is still a long way to go between now and the first grand prix of the season.

“We were not in Jerez to chase fast lap times, but of course it’s always good to show strong pace,” he continued.

“Of course, it is very early days; Melbourne is one month away and that is when we will see where we are.

“The E20 looks good out on track, it’s a nice shape and it’s very well finished which is a credit to everyone at Enstone.”