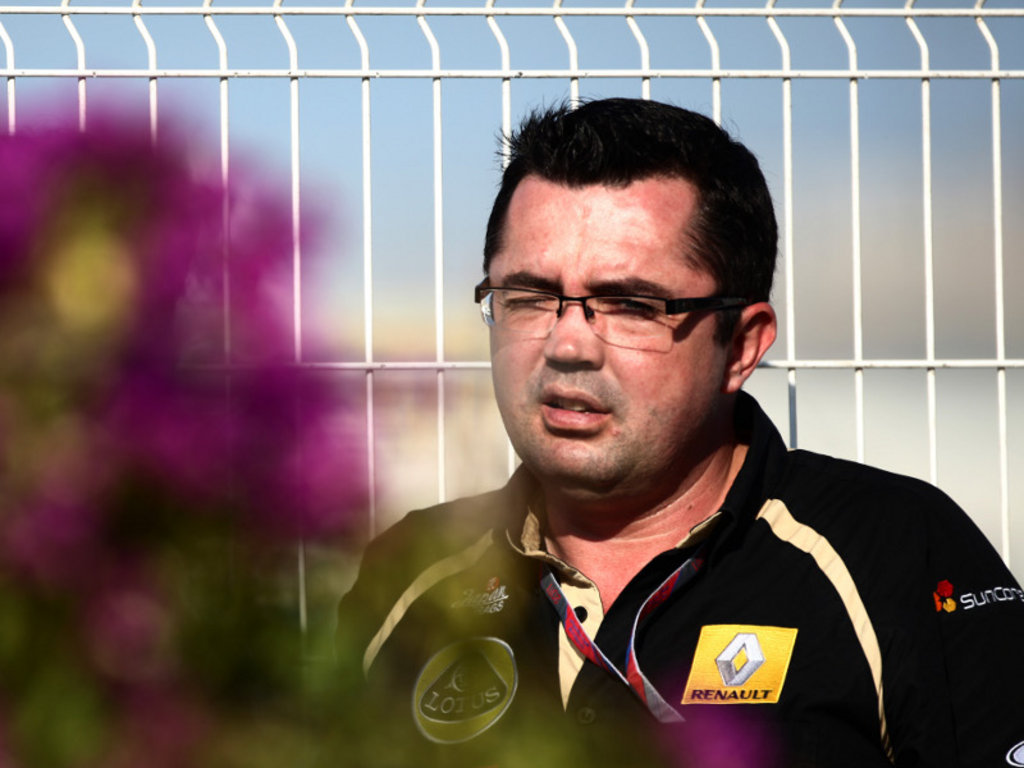 Renault team boss Eric Boullier feels the signing of Kimi Raikkonen is not only a major coup for the team, but for Formula One as a whole…

Renault team boss Eric Boullier feels the signing of Kimi Raikkonen is not only a major coup for the team, but for Formula One as a whole.

The Enstone squad confirmed on Tuesday that the Raikkonen, who spent the past two seasons in the World Rally Championship, will return to the sport next year after signing a two-year contract.

Boullier believes Raikkonen decided to join Renault as he was impressed with the overall package that they were offering.

“Strategically, it is good to have a big name, a high class driver and Formula 1 World Champion to join us.

“He is committed to racing for us and he is definitely a very good character with the experience he has from driving for McLaren and Ferrari.

“Also, to have someone like Kimi signing with us shows that the package we have offered was good enough – we convinced Kimi to come back to Formula 1!”

Renault, who will be rebranded as Lotus next season, have made major changes in recent months as they look to return to the top, but Boullier says the reshuffling is far from done.

“There are many things that the team will announce soon, in the coming weeks and the coming months,” the Frenchman said.

“Let’s not forget that the team’s current identity is only a couple of years old and it is clear that we have made some strategic investments like the wind tunnel, like the CFD pole and like the building of the simulator – it will be a state of the art simulator.

“We are also in the process to reinforce our team with the recruitment of some key people, some of them have already joined us and some are to be announced soon but we can’t say too much at this stage as some of them are currently on gardening leave.

“Next year, we will also have an upgrade of our facilities trackside, in fact it is going to be a complete change with a new engineers truck, a new infrastructure for the team garage, which of course will also have an impact on our image and obviously Kimi joining us is a big step in reinforcing the investment Genii Capital is putting in the team at every level.”

Related link
Kimi: I haven’t lost my passion
The Iceman is back!