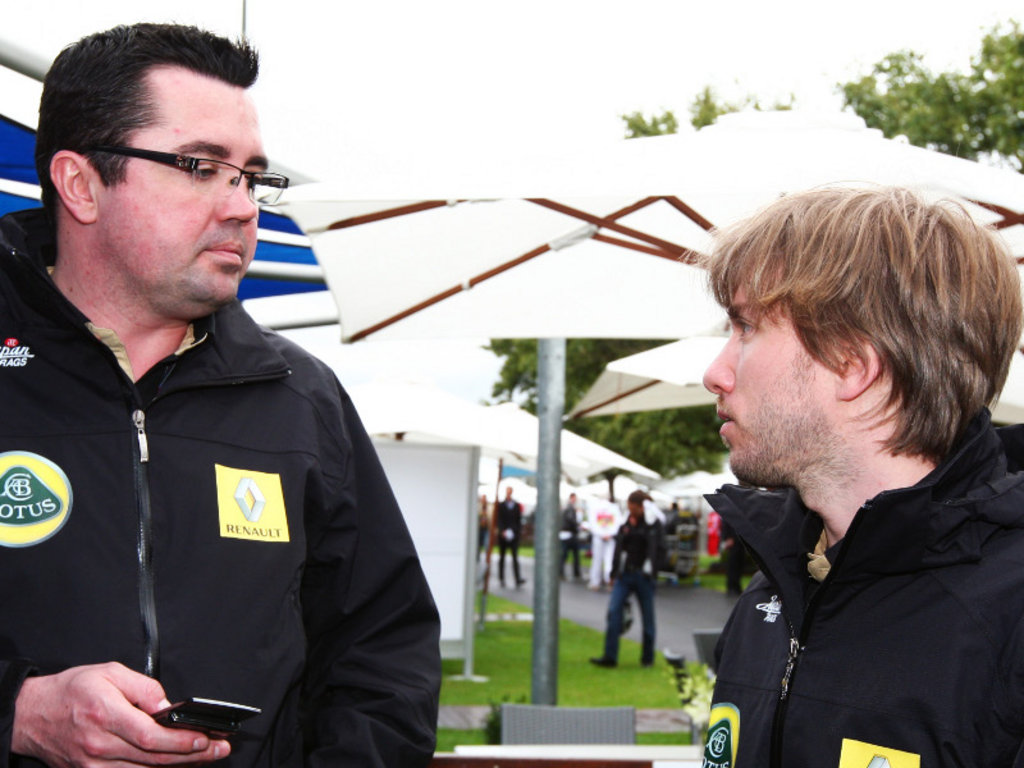 Nick Heidfeld’s future at Renault is looking more and more tenuous after he once again came under criticism from team boss Eric Boullier.

Boullier has been critical of the German’s performances of late after a promising start to the season.

Heidfeld didn’t help matters when he was involved in two crashes during last weekend’s German Grand Prix, the second of which saw his race end in a gravel trap.

Renault announced on Monday that Bruno Senna – who lost out to Heidfeld in the race to replace Robert Kubica – would replace Heidfeld during Friday’s first practice in Hungary.

Of the decision, Boullier stated that the team felt that it was “the right time” to give Senna a chance.

Now the team principal has conceded that Heidfeld has not performed in the manner Renault had hoped.

“He has not provided the leadership we wanted. He hasn’t taken hold of the team,” Boullier is quoted as saying by sports.fr.

“We rely more on Vitaly for performance, with Nick more suitable for the development of the car,” he added.