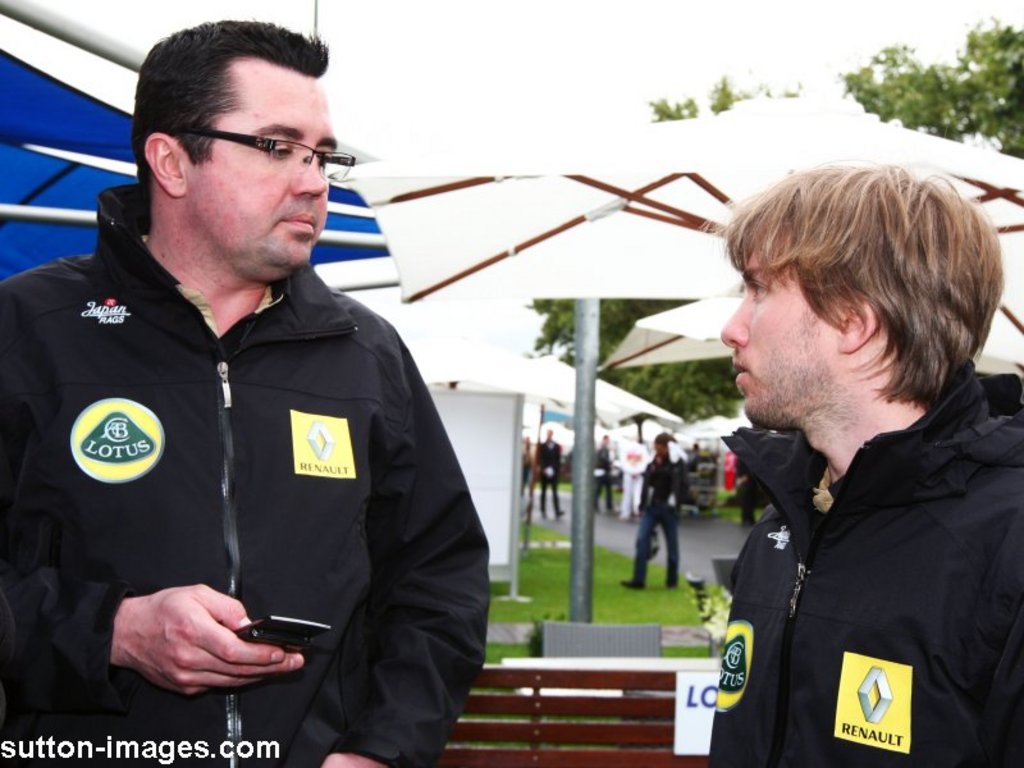 Nick Heidfeld has come in for some sharp criticism from Renault team boss Eric Boullier who says the German’s poor performance and lack of leadership cost him his seat.

The 34-year-old veteran lost his Renault drive to Bruno Senna earlier this week, but he is refusing to go down without a fight. His legal representative and manager have confirmed that he is taking the team to court over his axing.

The Renault team initially stayed tight-lipped after confirming Senna will partner Vitaly Petrov from this weekend’s Belgian Grand Prix, but Boullier has finally broken his silence.

The Frenchman claims the decision had nothing to do with money and says Heidfeld simply didn’t perform well enough.

“We reviewed our performance and level of motivation, a number of things over the summer, and we chose a new direction,” Boullier said.

“There was also an opportunity to assess Bruno as a driver, and this is why we have moved on. It is nothing to do with money.

“Every session, every weekend, the media have jumped on me asking why Vitaly is faster than Nick.

“I was not very happy with his speed and overall performance as an experienced driver. Nick is a nice guy, but leadership didn’t work.

“When you are slower than Vitaly most of the time, it’s difficult for him to push the team and set up himself as team leader.

“I admit the car is not good enough, we have not developed it well enough, so we have made mistakes as well.

“When you have a negative spiral, it’s complicated to stop it, so I had to change something within the team, something with the drivers to shake up and wake up everybody.”

Boullier also revealed Heidfeld refused to settle out of court, but Renault won on every count in the initial hearing.

“The decision was for Bruno to replace Nick until the end of the season,” he said.

“But because there is now another hearing, after that anything is possible.”