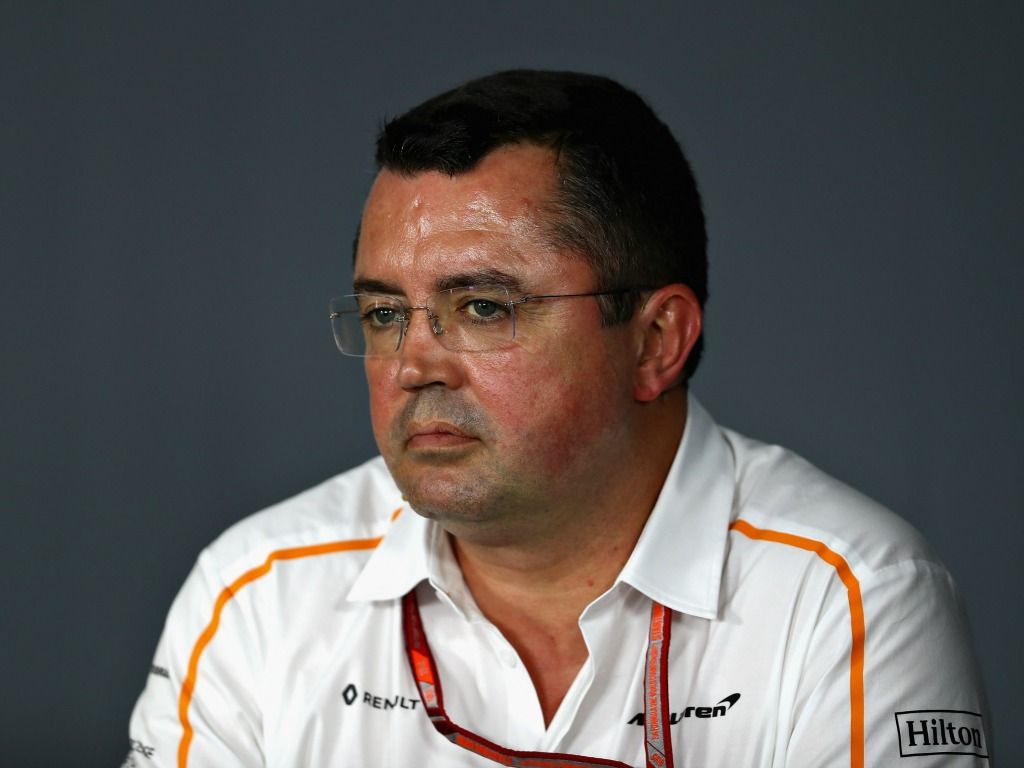 McLaren chief Eric Boullier was involved in a feisty confrontation with Daily Mail journalist Jonathan McEvoy over recent stories of a revolt at the Woking team.

McLaren were prompted into making a statement earlier this week which dismissed comments made by their former boss Martin Whitmarsh, who told the British newspaper that senior figures at the team needed to go after failing to meet expectations.

The Daily Mail also mentioned that McLaren are facing a staff revolt, with one anonymous team member saying there is a “toxic” atmosphere and that hard work is being rewarded by 25p Freddo chocolate bars.

The story was brought up by McEvoy again in the FIA team principals’ press conference, leading to following exchanges.

“Obviously, we are all responsible for the car performance.

“No, I will not resign, to answer your question.

“I know you have written some articles. I’ve got my twentieth year now in racing, I’ve won races and championships with every team I’ve managed before, including Formula One, so this is some record that you cannot take away from me.

“I think we’re on a journey. We are not where we want to be, we are not happy with where we are – but with the journey, with the new Renault engine partner, and obviously we have a good team of people, we just need to make sure we are finding the issues with the car and correct them.

“We know where the issues with the car are, and make sure… when you build a car, when you believe in a concept, you have to develop the concept and make sure you correct if for the next one.”

“To go back to the Freddo thing, will you be reviewing how you hand out Freddos at the factory?” asked McEvoy. “Will you stick with the Freddo rewards or do they stop?”

“I think if you did a course in management we can organise this for you,” replied Boullier. “And if you’re really desperate to test the Freddo chocolate, we can send a box to you, don’t worry.

“Thank you. Thank you for that offer,” said McEvoy. “Could I just say…

“That’s enough of it,” snapped Boullier. “You’re looking after something, we will give you any answers later but I think it’s enough.

“No, no, it’s not enough,” insisted McEvoy. “Do you expect to still be in your job at Silverstone?”

“Yes. Of course,” Boullier replied. “It’s a journey. It’s not a plug and play story. It’s a journey when you have to work too. You’re after me, apparently…

“But you’re being briefed against, by your own staff, by your management…” said McEvoy.

“I think you are lying now,” said the Frenchman.

FIA’s communications director, Matteo Bonciani, then interjected, saying: “Sorry (Eric) Jonathan, we do not want to have a one to one. I’m trying to give a word to everybody. Eric, if you need so say something else?”