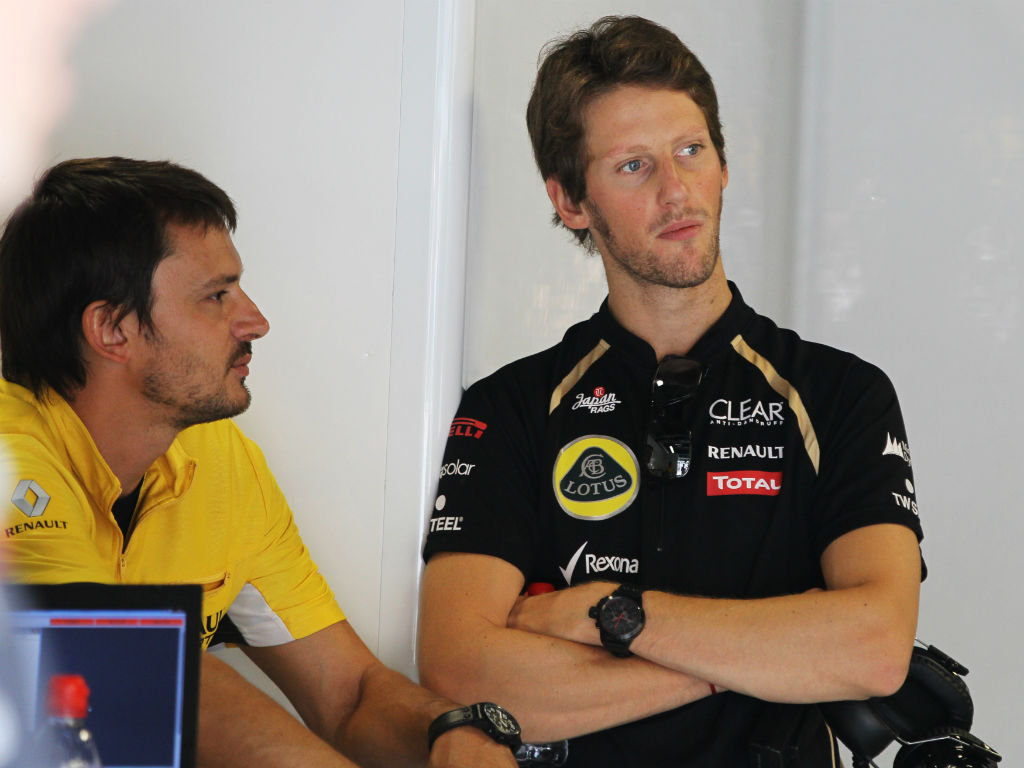 Romain Grosjean is “extremely eager” to get back in the car after learning his lesson, according to Lotus team principal Eric Boullier…

Romain Grosjean is “extremely eager” to get back in the car after learning his lesson, according to Lotus team principal Eric Boullier.

The 26-year-old spent this weekend’s Italian Grand Prix in the team garage instead of his E20 after he was slapped with a one-race ban for causing the first-corner carnage in Belgium.

Reserve driver Jerome D’Ambrosio took over his driving duties at Monza, but Grosjean is now chomping at the bit to return to action in Singapore in a fortnight’s time.

“He will have learned a lot because being in your car you have only one radio in your head,” said Boullier.

“When you are sitting in the garage and you have both cars then you can learn much more.

“He has definitely learned his lessons and I know he is extremely eager to get back in the car in Singapore.”

While D’Ambrosio finished outside the points in 13th place at the Italian GP, Kimi Raikkonen put in another solid display and crossed the line in fifth place to keep within striking distance of pacesetter Fernando Alonso in the Drivers’ Championship.

Asked whether Raikkonen about the Finn’s approach towards the title, Boullier said: “It’s good for us, good for Kimi.

“The approach he has is good. The more we can deliver big points, and if we can maintain our consistency, that is going to be key for the Championship.

“We have said this since the beginning (of the season) and he is confirming that now.

“So we look forward to the next races because they should suit our car much better.”