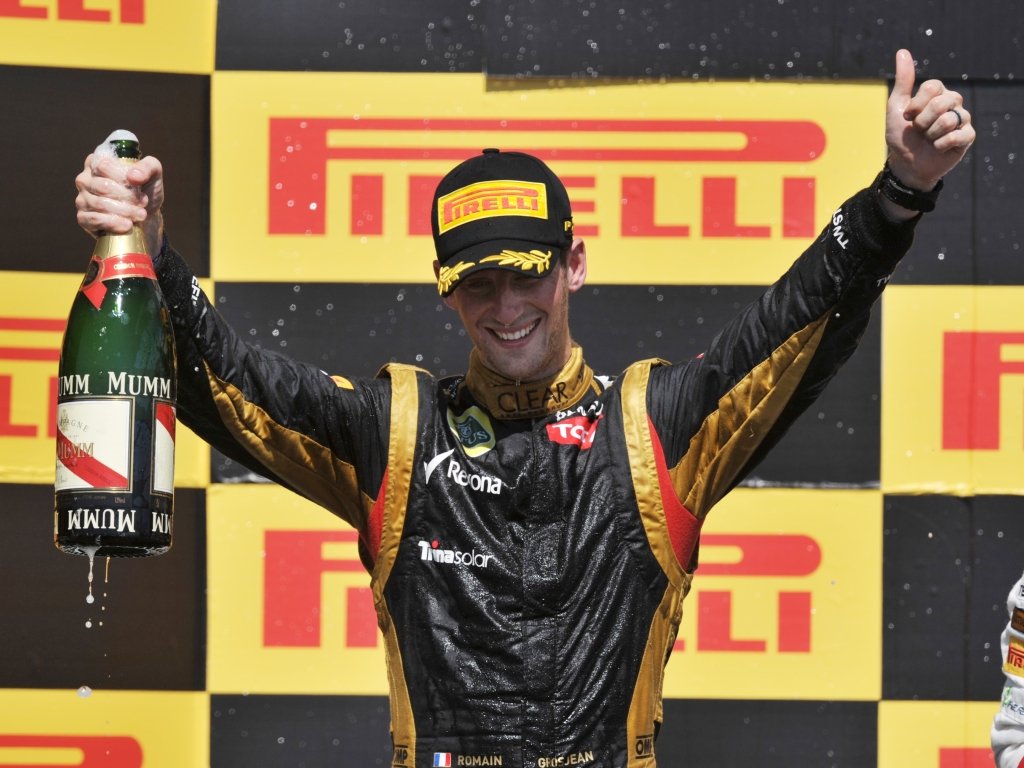 Lotus team principal Eric Boullier admits he has been pleasantly surprised by the strength of Romain Grosjean’s showings this season.
While the Frenchman has had his problems, notably a few collision-induced retirements, he has also managed to secure two podium positions and has a worst finish of sixth in the four races in which he has gone the distance.
Boullier reveals that he always knew that Grosjean had talent but that he did not expect the 26-year-old to come to the fore this early for the team.
“He keeps surprising me, because he has the same characteristics as we always knew he had,” Boullier told Autosport. “He is a hard worker; he listens, and he works a lot with his engineers.
“But it is not only work, because he learns from the data, from advice, from everything. What is I think is very promising is that he has the pace and as he has shown in Canada he can do a full race.
“He did 45 laps on these tyres, with being very consistent in not destroying them. He is learning and learning fast.”
As for Grosjean’s team-mate, former World Champion Kimi Raikkonen, Boullier concedes that they have to work to improve the Finn’s qualifying.
“We definitely need to help Kimi, as they have different driving styles,” said the team boss. “We had this issue in Canada with the differential which doesn’t help, but we need to work on helping him qualify better. For the race there is no issue.”