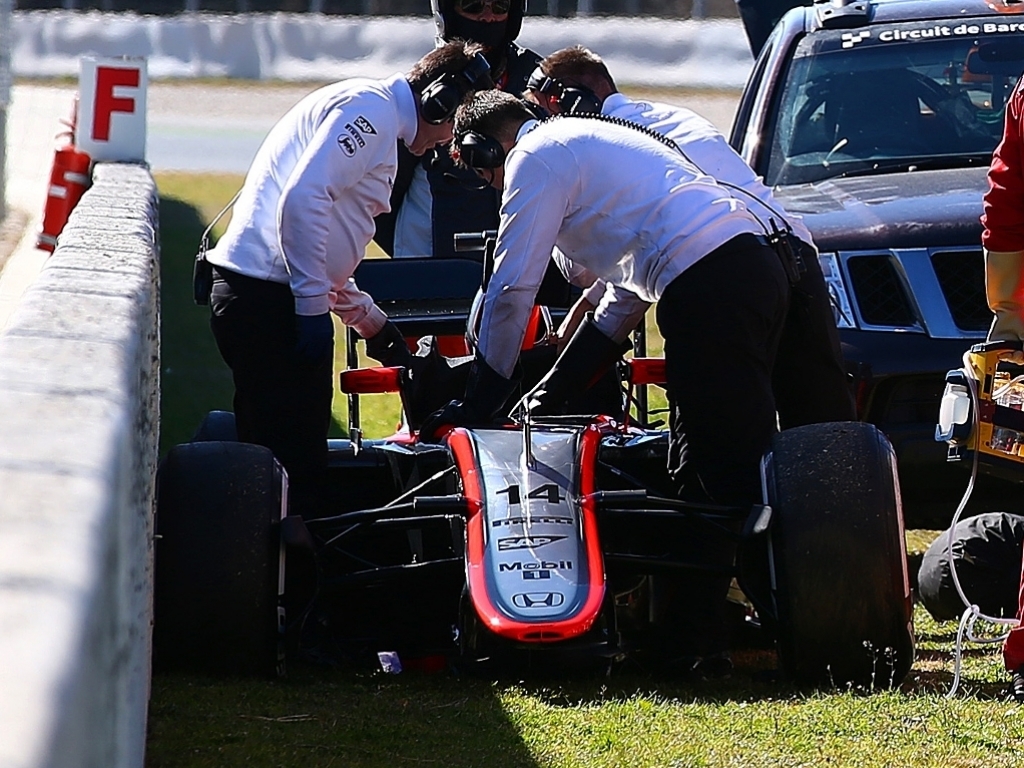 The controversy surrounding Fernando Alonso's testing accident refuses to die down with a report suggesting some teams are considering boycotting the Australian GP unless they receive more information about the incident.

Double World Champion Alonso suffered a concussion during a crash on the final day of testing at the Circuit de Catalunya on 22 February and spent three nights in hospital.

Although doctors gave him the all-clear and said he was "fine", they advised him to sit out the season-opening race in Melbourne "to limit as far as is possible any environmental risk factors that could potentially result in his sustaining another concussion so soon after his previous one".

McLaren haven't given much detail about events leading up to the crash and the immediate aftermath, saying it was "caused by the unpredictably gusty winds" while CEO Ron Dennis has "absolutely categorically" denied that he received an electric shock from his MP4-30.

However, questions remain and Germany's Sport Bild reports that "several teams are thinking about not letting their drivers start the season opener for safety reasons" as "it has still not been proven beyond reasonable doubt that the Spanish double World Champion did not receive a shock through the high performance batteries of hybrid systems and therefore the short term lost consciousness".

One team bosses told Sport Bild: "If a plane crashes and there is the slightest risk that the crash happened because of a faulty system, other planes that use the same systems won't be kept in the air."

He continued: "Formula 1 has been very lucky that nothing serious has happened because of the hybrid systems. If any of my drivers had such an accident, I would invite all teams to study the data – simply just to have clarity. Honda must provide answers with the FIA."

The team boss concluded that it would be "grossly negligent if McLaren-Honda tried to conceal a possible electrical shock".