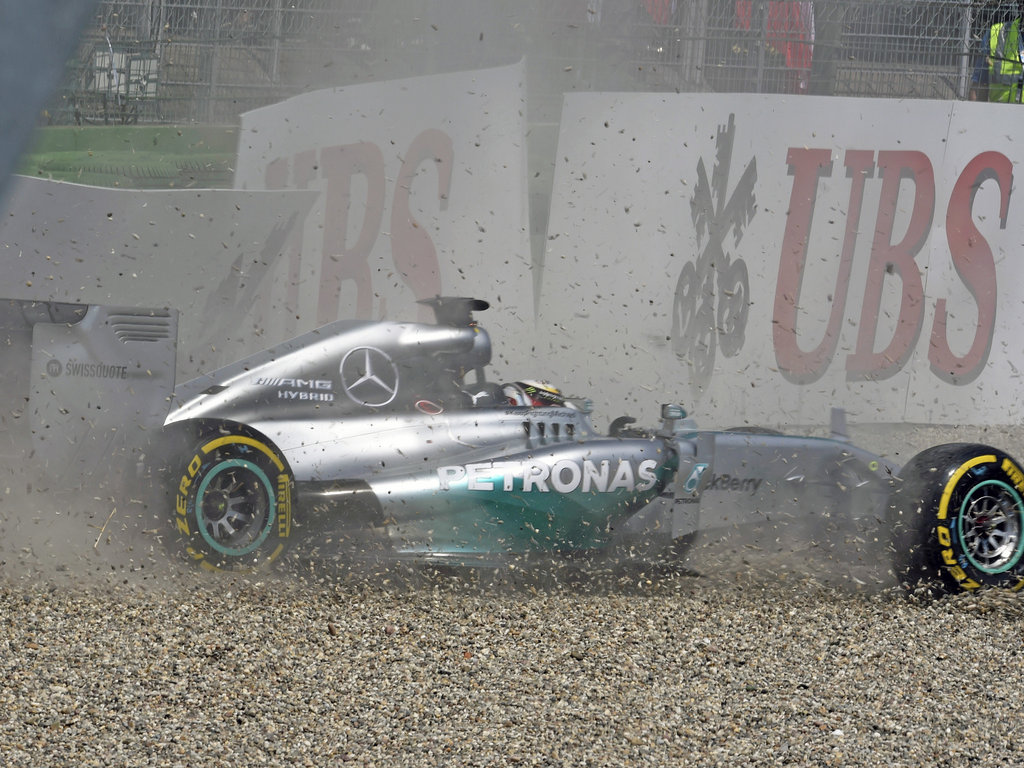 Mercedes and Brembo have finally managed to get to the bottom of Lewis Hamilton’s brake failure during qualifying at the German Grand Prix.

Hamilton crashed out during Q1 at Hockenheim last month after the right-front disc of his Mercedes failed just before Sachskurve.

Brake supplier Brembo and Merc admitted after the incident that “there is currently no clear evidence of a single cause of failure and our continuing rigorous analysis”.

However, they did launch a further investigation and they have now confirmed that that the quality of the disc material was not a contributory factor and they are confident there will be no repeat.

“Following extensive joint analysis of the previously unseen failure mode experienced by Lewis Hamilton during Q1 at the German Grand Prix, Brembo and Mercedes have reached definitive conclusions concerning the cause of the failure,” a statement read.

“First of all, both parties can now confirm the quality of the disc material was not a contributory factor.

“Instead, extensive analysis and experimentation has demonstrated the specific interaction between the structure of the brake material in question and the brake mounting on the F1 W05 Hybrid was at the root of the failure.

“Countermeasures have already been applied to both the disc geometry and the mounting to ensure there can be no repeat of the failure.

“These developments allow the team to again run Brembo brake disc material, should it choose to do so, in race conditions.

“Thanks to the close technical relationship between Brembo and Mercedes we have been able to collaborate to objectively analyse, diagnose and resolve the failure, and we remain committed to a close-working relationship in the future.”