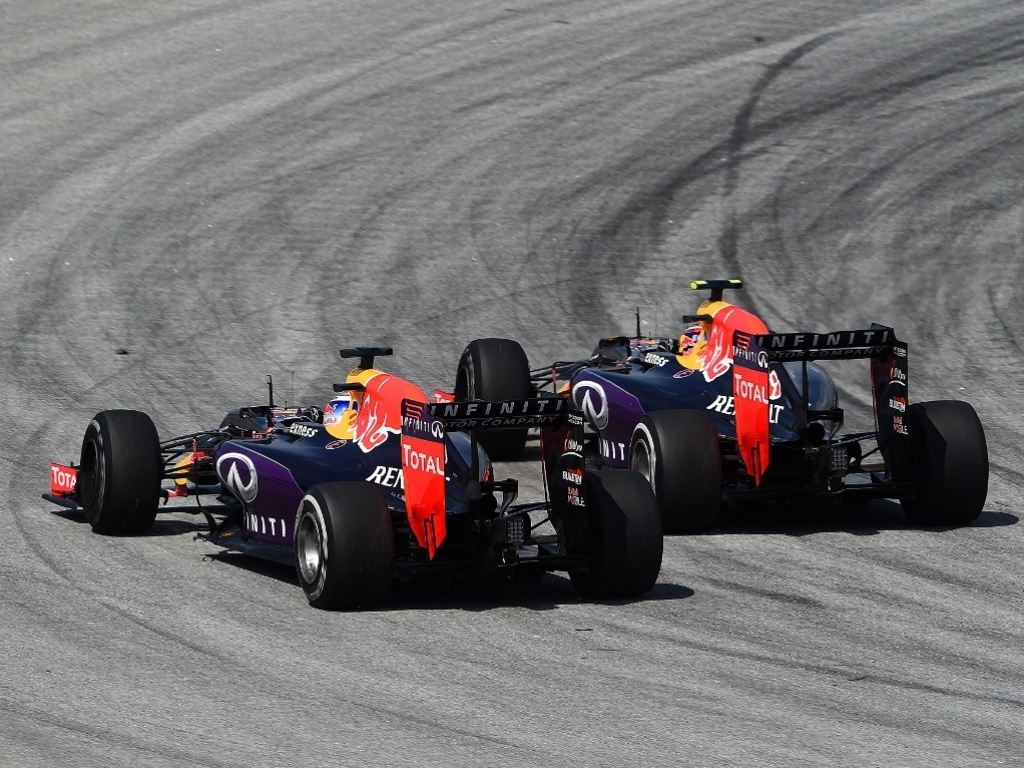 Christian Horner has revealed that both RB11s had to be nursed to the chequered flag in Malaysia after experience brake troubles.

Daniil Kvyat and Daniel Ricciardo had a frustrating outing at the Sepang circuit on Sunday as they never once showed the pace needed to fight at the front.

Kvyat finished P9, one place ahead of his team-mate whose front wing was damaged at the very start of the race. Both drivers were a lap down on race winner Sebastian Vettel.

"Some contact at the first turn damaged Daniel's front wing, which seemed to deteriorate through the race.

"Then after the Safety Car we started to see brake temperatures climb and needed to nurse the cars quite significantly through the second half of the race.

"I don’t think the drivers could have done anymore today.

"There’s plenty to understand following this weekend and plenty to address before China in two weeks."

The Red Bull team boss also took the time to congratulate former driver Vettel on his first win with Ferrari.

He said: "Sebastian drove an incredible race, so congratulations to him and Ferrari. Hopefully we will give them a harder time soon."