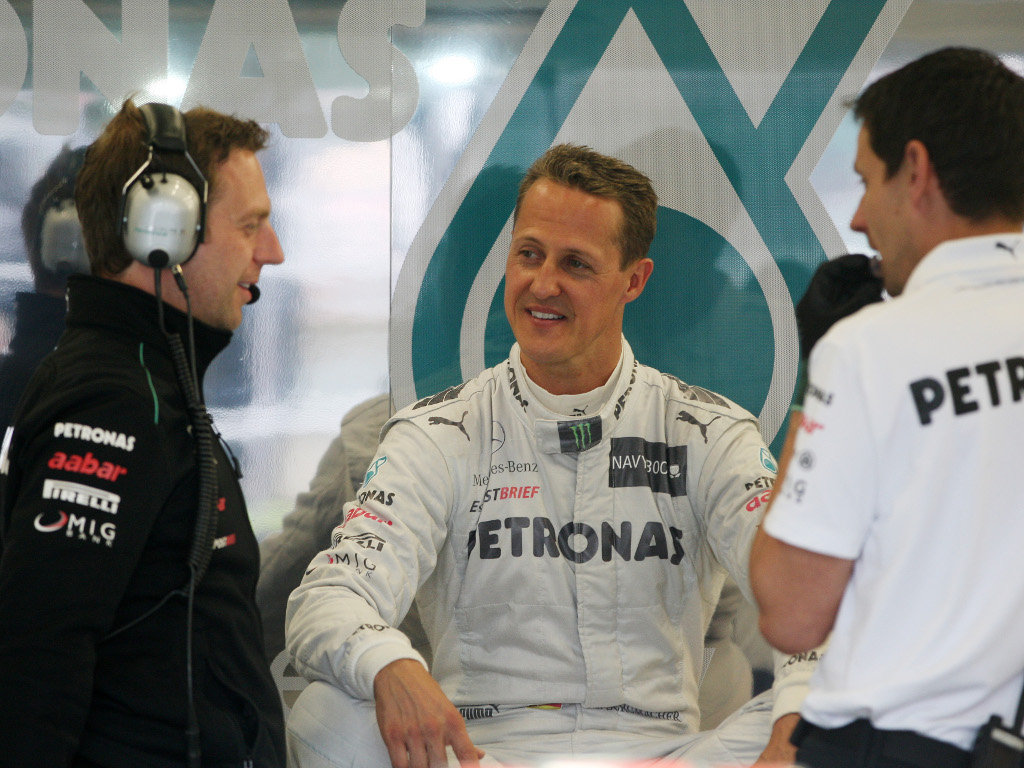 Ross Brawn has given the broadest hint yet that Michael Schumacher will re-sign with Mercedes, saying that’s the “logical and sensible” conclusion…

Ross Brawn has given the broadest hint yet that Michael Schumacher will re-sign with Mercedes, saying that’s the “logical and sensible” conclusion.

Earlier this week, the seven-time World Champion implied that he would be keen on signing a new contract as he is “still highly motivated” and “not satisfied” with what he has achieved so far in his comeback.

Schumacher, though, did admit that there had been “no talks between Mercedes and myself on an extension” although he expects they will take place.

However, when those talks will begin is up to Schumacher with his team boss saying Mercedes are willing to give the German as much time as he needs to make up his mind.

“We are focused on Michael for as long as it takes, and whatever it takes. Then we will see where we are elsewhere,” said Brawn.

The Englishman, though, would like the matter to be resolved sooner rather than later so that the team can plan for the future.

“Inevitably you come to a point where you say ‘Let’s have the discussions’ because these things can sometimes take some time,” he added.

“You have to have the discussion and reach a conclusion in order to plan for the future.

“But there is no deadline or critical point where he or we have said we must have a decision by.

“It must be the right decision. That is the most important thing.

“Knowing Michael as I do, it will be a logical and sensible conclusion, driven by passion because he enjoys what he does.”

Nine races into this season, Schumacher is 12th in the Championship with 23 points, 15 of which came from his podium finish at the European Grand Prix.