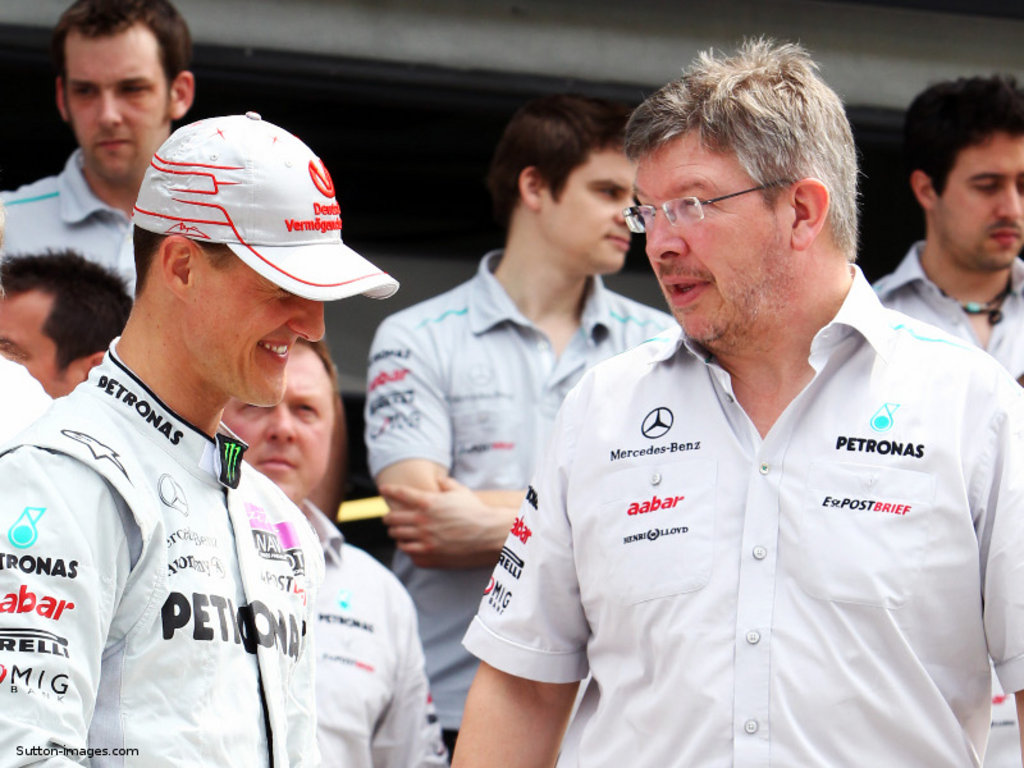 Mercedes GP chief Ross Brawn admits that Michael Schumacher’s performance in Canada was reminiscent of his title-winning days but doesn’t see it as a major breakthrough.

Schumacher secured an impressive fourth spot in Montreal and demonstrated his – and the team’s – tactical prowess by perfectly timing his change from full wet tyres to intermediates after the race restarted.

However, while Brawn describes the performance as “some vintage Michael, particularly some of his racecraft and overtaking manoeuvres during the race”, he refuses to get carried away by one great result, insisting that the German’s showing in Canada shouldn’t be seen as a watershed moment.

“I wouldn’t say (it’s) a breakthrough because that’s too strong a word,” Brawn told BBC Sport.

“But there have always been some niggling reasons why Michael’s not had the best opportunities to demonstrate what he can do.

“He’s had the odd ‘mare of a race, which every racing driver does, but of course when he has one it tends to get focused on.

“But there have been lots of races where his times in the races have been pretty comparable with Nico [Rosberg] but they’ve not reflected in final results.”

The Briton believes that while his fourth place will come as a boost, Schumacher’s mindset will not be heavily influenced by the result.

“He’s a very experienced, confident guy anyway,” Brawn explained, “so I don’t think it will make a dramatic difference to his confidence or his belief in his ability to do it.

“The main thing is we need to give him a better car. There was a period in the race when the car was probably as good as anyone’s and he was the quickest car. If we give him the equipment, he’s demonstrated he’s as quick as anyone,” he added.