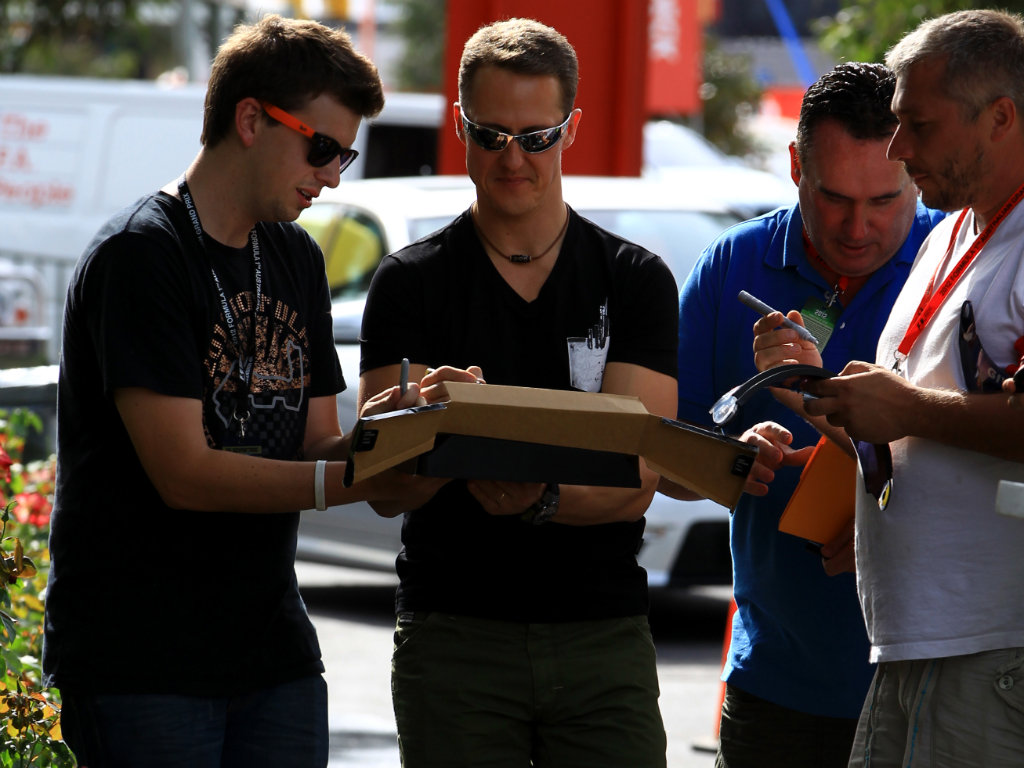 Ross Brawn says he would like Michael Schumacher to extend his stay with Mercedes as that would mean the team is making progress.

Schumacher returned to Formula One with Mercedes in 2010 but has yet to finish on the podium never mind claim a race victory.

His lack of success has led to some speculation that this year – the last on his contract – could also be his last in Formula One.

However, Brawn reckons should Schumacher opt to re-sign it would be an indication that success has arrived for the German and his team.

“It’s completely open as to how things will go this season,” said Brawn.

“No decision has been reached and there’s no timetable. That is something that will naturally evolve and is the nature of these things.

“But at some point in the season we will all have to conclude we carry on or we do something else.

“At the moment it’s very relaxed, very natural. We’ll do the first third or half of the season and see how things develop.

“But I’m very keen to see Michael continue because that means we’re succeeding in what we’re trying to do.”