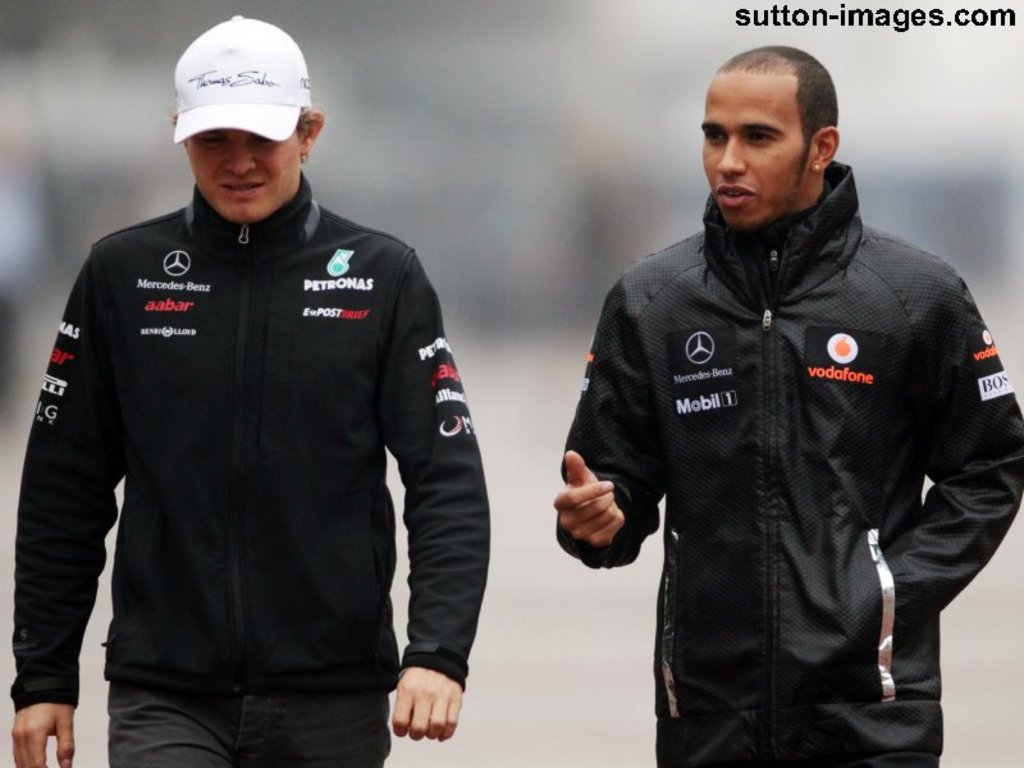 Lewis Hamilton and Nico Rosberg will have equal status at Mercedes with team boss Ross Brawn admitting the former didn’t ask to be the number one driver during contract negotiations.

The Briton will replace Michael Schumacher ad Rosberg’s partner at the Brackley-based squad next season after opting to leave McLaren.

Hamilton has always enjoyed equal status during his McLaren days and it will be no different at Mercedes in 2013.

“Lewis never asked for any priority at all, he just asked for equality,” Brawn told Autosport.

“He was pleasant in that he had no desires to have any special treatment or any unique facilities. Lewis just expects to have an equal opportunity in the team, as we would like to do as well.

“The conversation was relatively short in that area and I was impressed that he was positive enough to take that view and not attempt to protect some sort of position which would have been quite difficult for the team to accept.

“We never got into a discussion because Lewis didn’t raise it. And if he had raised it, we probably wouldn’t have wanted to do it.”

Hamilton and Rosberg have been good friends since their karting days and Brawn sees no reason why that will change.

“They are good ex-colleagues and friends and I know that they travel to races together often,” he added.

“I don’t expect them to have any issues at all. I’ve kept Nico informed as things have progressed and he is quite excited actually to have Lewis joining the team.

“I see that as a positive. We’ll have the normal drivers trying to beat each other issues and that’s what they have to be because we don’t want a driver who doesn’t want to beat his team-mate. But it is important that it’s done in the right way. I think that will be a very good combination.”