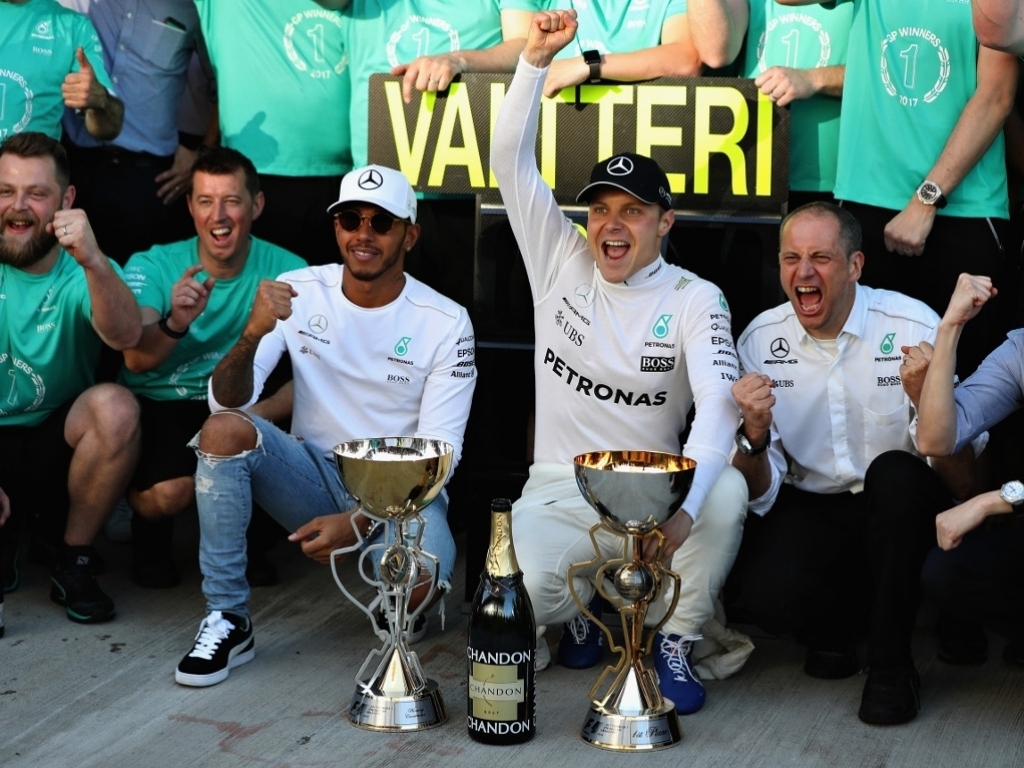 Ross Brawn admits he’s worried that the Mercedes “steamroller” will continue on next season.

This year Mercedes claimed their fourth successive championship double as Lewis Hamilton raced to the World title while Valtteri Bottas helped the team secure the Constructors’.

It wasn’t, however, an easy season for Mercedes.

The Brackley squad were on the back foot at the start as Ferrari came to the fore.

But, as they got on top of their “diva” car, Hamilton was the dominant force in the latter half of the season, wrapping up the title with two races to spare.

And Brawn fears there could be more of the same come 2018.

“They’ve got a great group of people, but my slight worry is that they will get even stronger now,” he told ESPN.

“They’ve had a change of senior management – Paddy Lowe left and James Allison came – and that was in the middle of a car [regulation] change, which is not easy.

“By their own admission, the car they had this year was a bit of a diva and I strongly suspect that’s not going to be the case next year.

“So I just see – unfortunately in many ways – a continuation of the steamroller. Let’s hope I’m wrong!”