Home Uncategorized Brawn: No ‘number one’ driver at Merc 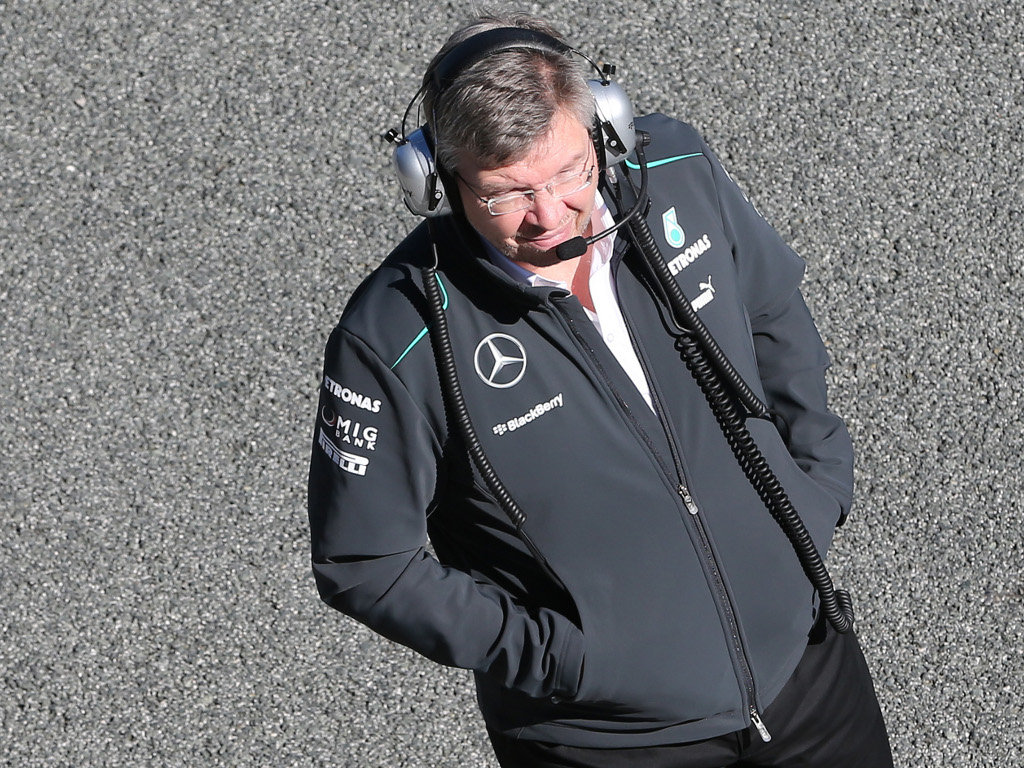 Ross Brawn has affirmed that Mercedes do not have a ‘number one’ driver despite Nico Rosberg having to play second fiddle to Lewis Hamilton in Malaysia….

Ross Brawn has affirmed that Mercedes do not have a ‘number one’ driver despite Nico Rosberg playing second fiddle to Lewis Hamilton in Malaysia.

In the final stint of the grand prix, Hamilton has been lapping in third place with Rosberg fast approaching. The German requested permission to overtake, rightly stating that he was “much faster.”

Rosberg, though, was told to hold station and the team finished 3-4 with Hamilton ahead of his Mercedes team-mate.

This raised questions as to whether the Brit, who joined Mercedes at the start of this season, had signed up with the guarantee that he would be the team’s ‘number one’ driver.

Brawn says that is not the case.

“Of course Lewis wants to race – in the contractual negotiations we had with Lewis, never was the issue of who was ‘number one’ or ‘number two’ ever mentioned from his side,” the team boss said on Sky Sport’s The F1 Show.

“All he wants is parity – he wants the same equipment, the same opportunity and that is great that he has that confidence and that approach that he doesn’t want favouritism – he just wants parity and I think that is what Lewis felt a little bit awkward about the situation.”

Explaining why the team orders were issued at the Sepang circuit, Brawn insisted that while he doesn’t like making those decisions, “from a technical perspective we would have looked very foolish if we had run both cars out of fuel.

“I think what wasn’t fully appreciated at the time is that we had a situation develop on both cars with fuel.

“We weren’t comfortable with either car and I could see a scenario with both drivers competing against each other, in a strong way, it is difficult to marry managing the fuel with a full blown fight with your team-mate.

“I didn’t like having to give the orders I gave in Malaysia, it is not in my sporting nature and the team have demonstrated many times in the fast that we are very happy to let our drivers race each other – over the past few years we have often done that.”

The 58-year-old was not the only member of the Mercedes hierarchy who was unhappy with the orders as Niki Lauda was quick to make his opinion known.

The triple World Champion told The Times: “From a sporting perspective, that was wrong. They should have let [Rosberg] go.” Lauda added that he would “need to talk to Ross” and ensure that “this is the strategy to be used from now on.”

Brawn, though, says when it comes to decisions on the pitwall, those belong to him.

“I had to make a decision from the pitwall about what we were going to do.

“I am clear to make the decisions that I need to make and I am quite happy to justify them and I will put my hands up if I have made the wrong decision. But somebody has to make those decisions – you can’t have those decisions made by a group or a committee, there is no time.