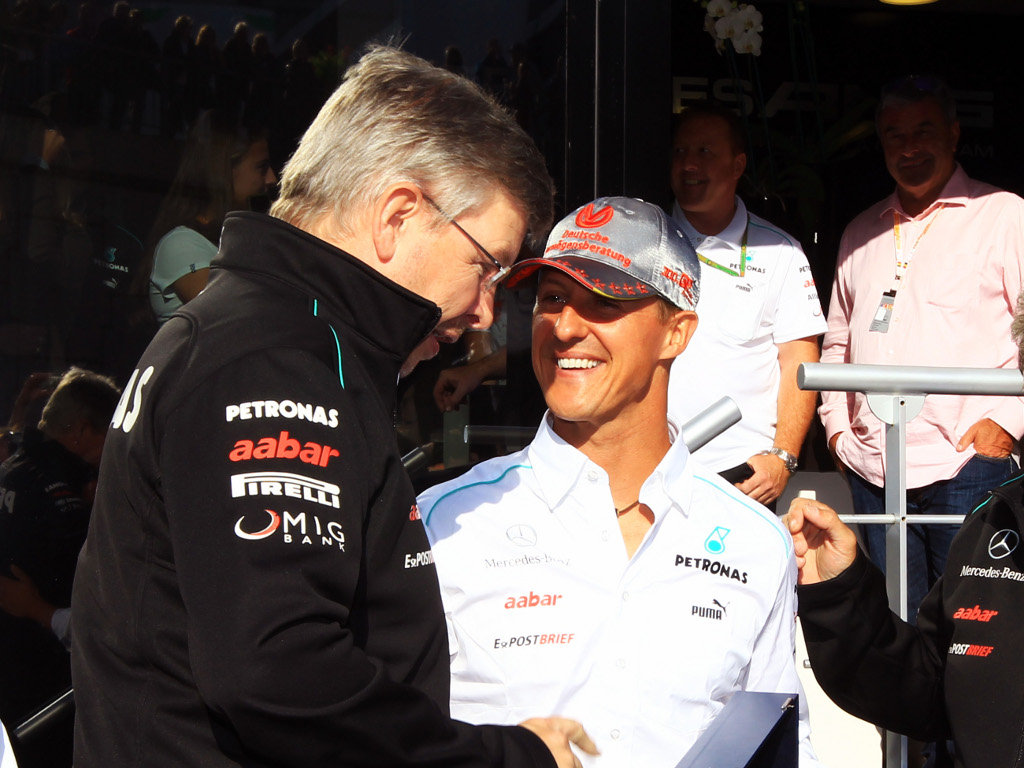 Ross Brawn says he has yet to sit down with Michael Schumacher to discuss him taking on a management role at Mercedes.

Following Thursday’s announcement that he would retire from F1 racing at the end of this season, rumours claimed that Schumacher could remain in F1 in a managerial role at Mercedes.

“We have not discussed that, it’s not something we have explored as yet,” said Brawn.

“Michael’s got huge experience and everyone’s got massive respect for him.

“It’s not possible to say, I think Michael is going to spend a few months just reflecting on – let’s say – this new opportunity he has and I am sure he will think very seriously about whatever he’ll do.

“But whatever he does, he will do extremely professionally and effectively, but at the moment I have no idea what that would be.”

However, those aren’t the only rumours as the 43-year-old has also been linked to a DTM ride while Pirelli’s Paul Hembery said he’d be interested in having the German tyre test.

“I think he is the most experienced tyre tester in the history of F1,” said the Pirelli motorsport director.

“If he gets bored of being in the mountains of Switzerland, I am sure we can find something for him to do – although we haven’t quite got