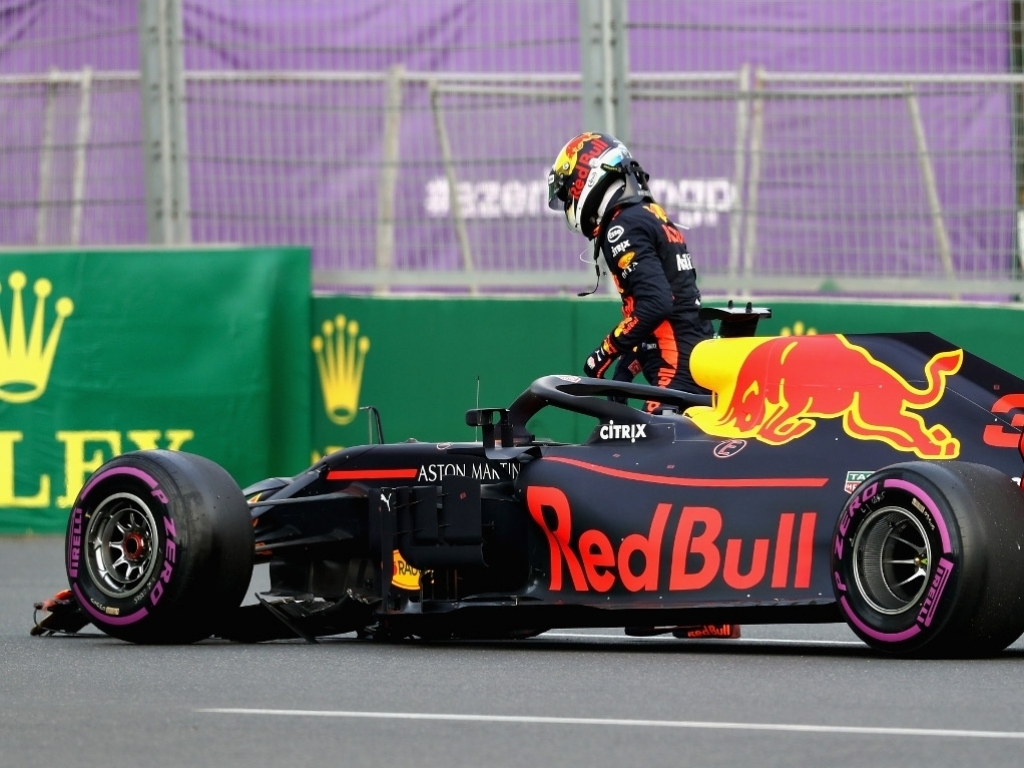 Red Bull firmly blamed both drivers for the accident at Turn 1 which ended both of their races after an afternoon of squabbling over position.

But Brawn thinks Ricciardo became helpless when Verstappen made a clear double whilst trying to defend his position.

“I don’t want to comment on who might be held responsible or how a team should manage these issues during a race, but I do think the stewards’ decision to reprimand both drivers was the right course of action,” Brawn said.

“But I would like to highlight a technical point. Once Daniel had settled for his line, and Max had changed direction blocking that line, the Australian became a passenger.

“The downforce loss experienced by Ricciardo in the wake of Verstappen’s car would have made it unstoppable.

“We often think of downforce applying in cornering, but the impact the extra grip has in braking is huge,” explained Brawn.

“Take away that grip in braking and what happened on Sunday was inevitable.”