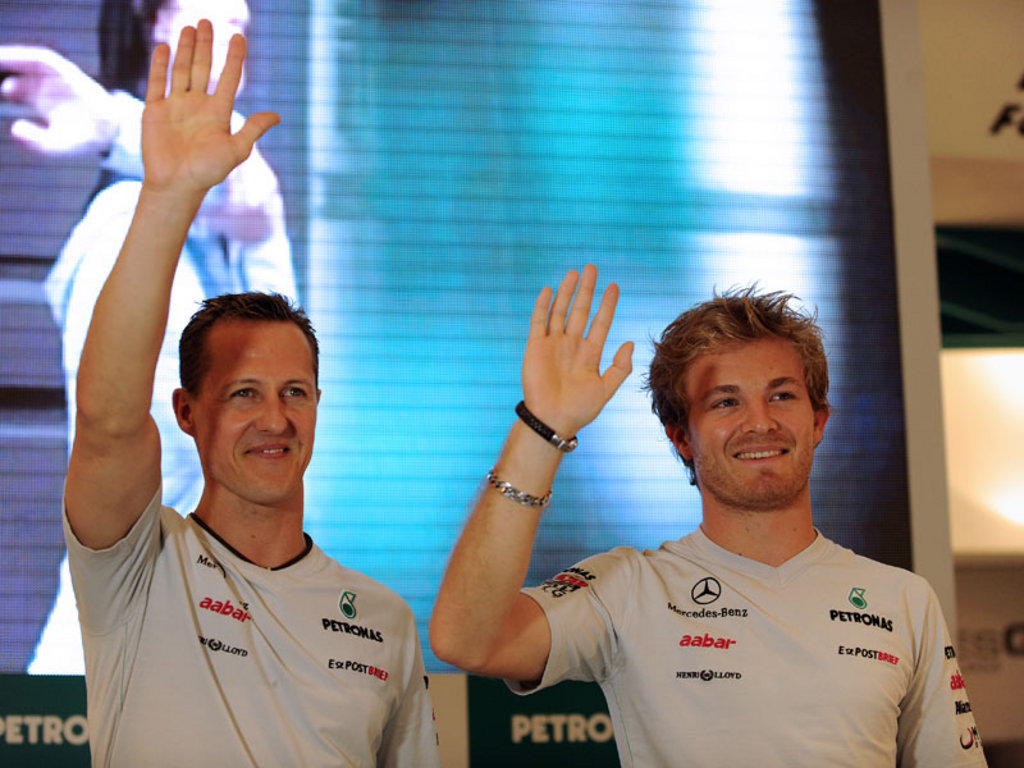 Merc GP boss Ross Brawn reveals that he sees a lot of similarities between Nico Rosberg and Michael Schumacher in his early days.

Comparisons between the two German team-mates are inevitable, with Schumacher a seven-time World Champion and Rosberg tipped by many to one day win a World title.

For his part, Brawn admits that the drivers do share a number of the same characteristics.

“Sometimes I see the young Michael Schumacher in front of me,” he told the Frankfurter Allgemeine Zeitung of Rosberg.

“He goes about his job with incredible intensity, he has no emotional weaknesses and is incredibly talented.

“Perhaps the situation would be a little easier for Michael if he did not have an incredibly strong team-mate like Nico. But both can learn many things from each other, and everyone is up to the challenge.”

Brawn explains that when Schumacher arrived in Formula One he raised the bar not only on the track but off it too.

“When Michael came into Formula One, he has set a completely new standard in terms of fitness,” said Brawn.

“For him it was simply not acceptable to finish a race and then collapse. So he trained hard and was almost as fit at the finish as he was at the start.

“The second component, which Schumacher brought was his determination.

“There was hardly a weekend when he didn’t leave the track at nine or ten, because he still wanted to talk with the engineers to find ways to make the car faster.

“Nico does the same. I do not know if he would do this on his own or because he has seen it made Michael top. In any case, Nico reaches a similar level in these aspects.”

Team bosses always face a balancing act when it comes to keeping both drivers happy and Brawn reveals that the best way to achieve this is a policy of transparency.

“It is one of our biggest challenges,” admitted the Briton.

“We therefore open and honest with the drivers and have no secrets. What is private remains private but when it comes to technical things then everyone knows, all information is accessible to everyone. Michael can see how Nico drives the car, and vice versa, it’s the same.”

There has been speculation that Schumacher will retire from F1 at the end of the season despite having a further year on his contract, but Brawn is hopeful the German will remain with the team.

“He has a three year contract with Mercedes, and we are very happy with him,” said Brawn.

“But if he feels that he doesn’t want to do it anymore, then we need to talk about it. You can’t force somebody to do something. But we believe in him; he’s an important part of our team,” he added.