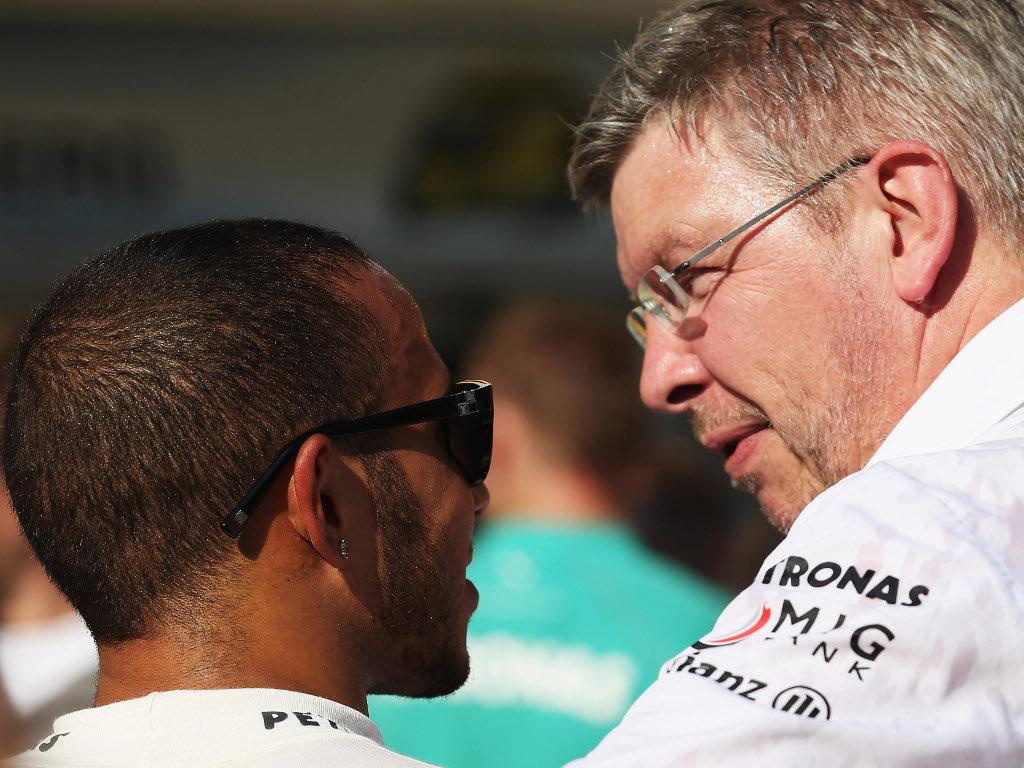 Ross Brawn says Mercedes are not out of this year’s Drivers’ Championship after Lewis Hamilton added another 25 points to his bid with victory in Hungary.

The Mercedes driver followed up his fourth pole position of the season with his first victory as a Silver Arrows driver having put in a dominant display at the Hungaroring on Sunday.

It was an unexpected result as many believed Mercedes would suffer in the heat as they have in the past, however, the new Pirellis, raced in Hungary for the first time, appeared to suit Hamilton’s W04.

The Brit’s 25 points saw him close the gap to Sebastian Vettel in the Championship race and with nine to go, Hamilton trails the Red Bull racer by 48 points.

“It is so fragile,” Brawn told Autosport when asked about Hamilton’s title hopes. “I think it is still open and we certainly won’t be giving up.

“This was a very good weekend for the team – from beginning to end.

“We had a very good programme on Friday. The balance wasn’t great but we we did things on Friday and Saturday that helped.

“If we can replicate that there is no reason why we cannot win more races. If we don’t replicate it then we won’t.

“But we have to get both cars to the finish. We didn’t do that here and you have to have both cars right up there.”

The team boss added he believes Sunday’s win could be just the start for Hamilton, who joined Mercedes from McLaren at the start of the year.

“I hope it is another step. It is an important step to get that race win, and there is absolutely no reason why more should not follow.

“Lewis showed faith in us at the end of last year, and people were speculating about whether it was a bad move or not.

“I hope we have now started to demonstrate that his faith was justified. It is very early days but it is encouraging.”