Home Uncategorized Brawn: Vettel is not out of the fight 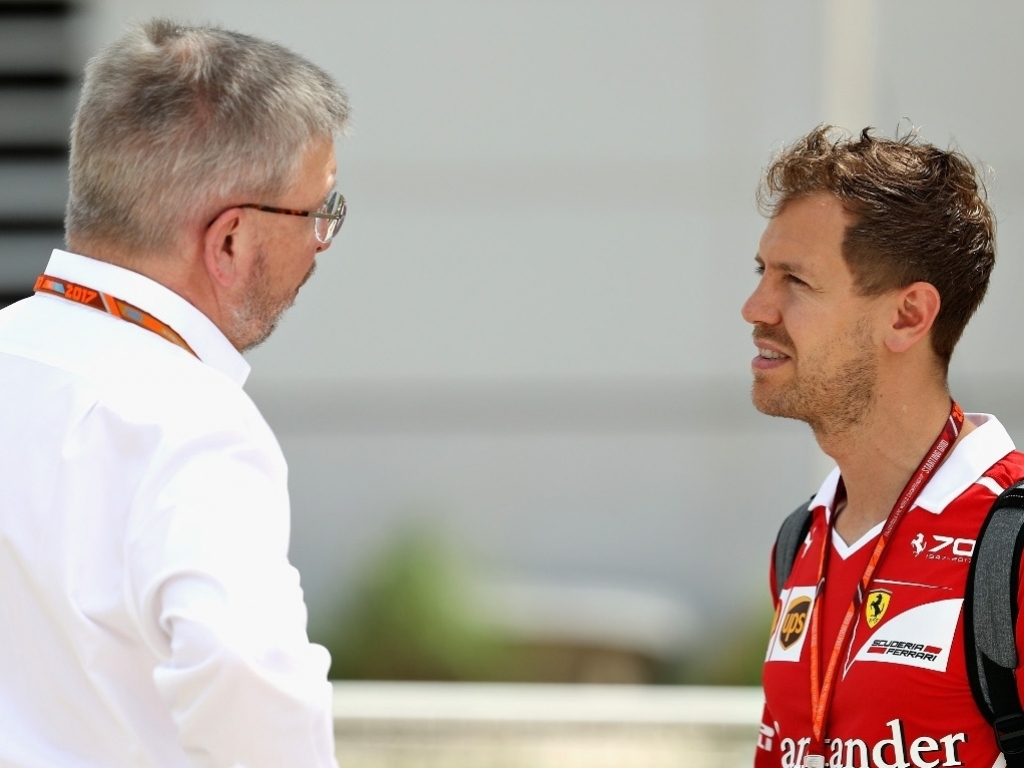 Former Ferrari technical director Ross Brawn is adamant that the title fight is not over, insisting that Sebastian Vettel still has a chance.

Vettel threw away a solid points-finish, and perhaps even the 25 for a win, when he crashed at the start of Sunday’s Singapore GP.

And with Lewis Hamilton winning the race it means the Ferrari is now 28 points off the pace.

Brawn, though, insists it isn’t game over.

“The World Championship is by no means over,” he told F1i.com.

“There are still six races to go. Vettel and Ferrari are so strong that they can still win the world cup on their own power.”

F1’s sporting boss added that Vettel reminds him a lot of Michael Schumacher. Brawn oversaw each of the German’s title wins as technical director at Benetton and Ferrari.

He explained: “It’s inevitable that Sebastian and Ferrari remind me of my time at Ferrari.

“Sebastian resembles Michael very much in the way he stands by the team and sees himself as part of the whole. And I recognise the same discipline and focus in bringing Ferrari back to the top.

“It will remain a tough battle between Lewis and him, but if he does it, he will have earned it.”