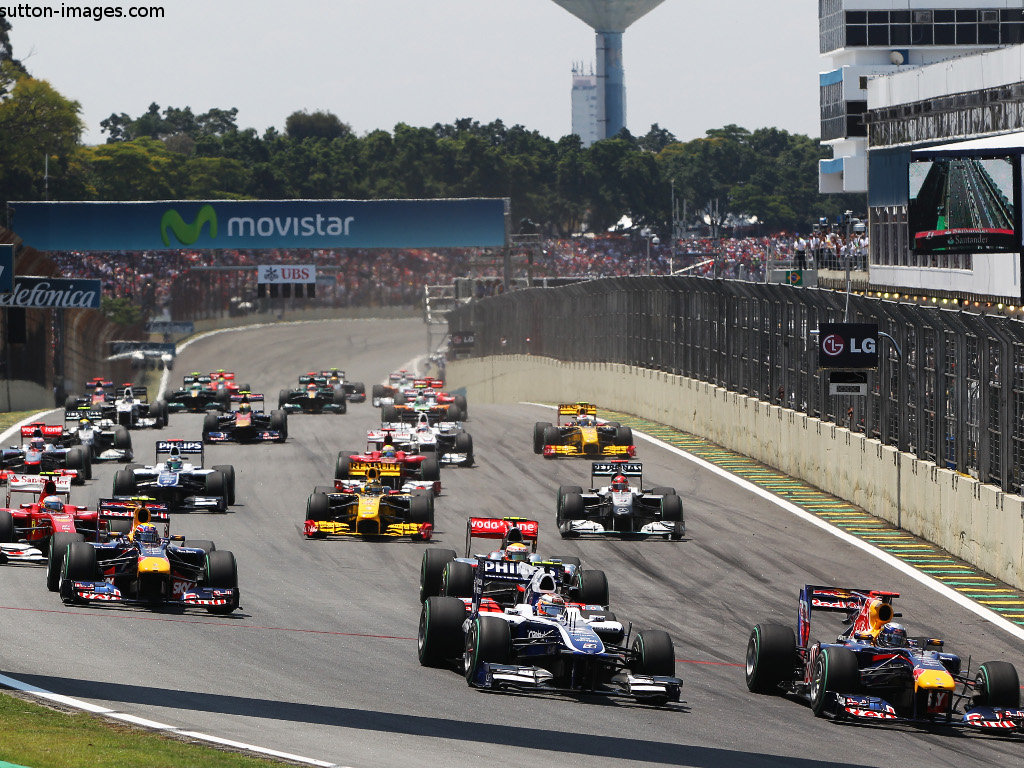 Don’t mention the word ‘swansong’ or ‘finale’ to Rubens. For the home favourite, this is just another race before the next one…

Don’t mention the word ‘swansong’ or ‘finale’ to Rubens. For the home favourite, this is just another race before the next one.

F1 faces a dilemma in Brazil this weekend. Rubens Barrichello, its longest serving driver, has said that he doesn’t want to say goodbye at Interlagos, but he has no deal for 2012 and doors are closing on him faster than a dodgy double-glazing salesman.

The veteran Brazilian looks unlikely to retain his Williams seat for 2012, and faces the prospect of his 326th grand prix being the high water mark of his GP career. Certainly something that shouldn’t pass without a significant fanfare. But he is ever the optimist: “I am positive about the future,” he said. “I am not doing this because I want to be just one more (person) in F1, I want to do this because I am so competitive and I deserve to be here, after 20 years with 40 years of age I want to be there and I am working my balls off to make that happen.”

And indeed there is evidence this week that teams appreciate experience. Who would have predicted that Pedro de la Rosa, also 40, would get offered a two-year deal at HRT? He’s more Spanish than Rubens but he’s certainly not a better driver. And Renault will need someone good and experienced to partner Petrov in early 2012 till we know Robert Kubica’s destiny and Rubens is just as fast as Adrian Sutil and far more experienced at setting up a car.

With Michael still cracking on at 42 – and due for at least another season in 2012 at 43, the F1 programme is becoming more like an episode of ‘Last of the Summer Wine’. There’s some interesting maths, too. Next year there are doubts over Bahrain, Korea and Austin, which will make it maybe 18 or 19 GPs. If we get 20 races the following year and Michael decides to extend for one more season in 2013 that will take Michael’s total races at the end of 2013 to 326 or 327…

Nevertheless, this weekend all eyes will be on the Williams car. Having scored just five points all season there will be an overwhelming wish for Rubinho to do well in the season finale. It is also the closest race to home for Venezuelan Pastor Maldonado and there will be eyes on the Williams’ rear wing for yet another reason. The Venezuelan authorities are suggesting that the cash used to promote PDVSA, Petroleos de Venezuela SA, should have been authorised through government channels. Should that deal hit the rocks, then the future for Rubens might change again.

One thing all the teams will be hoping for this weekend is a peaceful, robbery-free event. It must be slightly unnerving being driven to and from the circuit every day in a convoy with armed guards. Bernie Ecclestone is always quite defensive about the Interlagos race and this may or may not be due to the fact that his girlfriend is involved in promoting it. The facilities are very poor at the track, but who cares, the atmosphere is amazing. What do you want from a circuit – a great race with fans that are involved, or great concrete and empty seats. And the circuit invariably produces an action-packed race irrespective of KERS, DRS and Pirellis. Having been molly-coddled in Abu Dhabi, the media go to the other end of the scale in Interlagos. It’s not surprising that a host of senior figures don’t make the trip.

Apart from being the last GP for Rubens, it’s very likely to be the last GP for Martin Brundle as a BBC commentator. With Sky taking all the races in 2012, you would imagine that they’ve offered him an irresistible amount of money to jump ship. The trouble is, if they take Crofty (from R5) as well, they’ve sewn up the market. The BBC could always break the glass in an emergency and bring in Charlie (Moto GP) Cox, because he used to commentate on the BTCC and used to race in it too. And it never hurt Muzza starting off in motorcycle commentary.

There will be other farewells, sad or otherwise. We’re unlikely to see Tonio Liuzzi in a race seat in 2012, we won’t see a Cosworth in the back of a Williams for some time to come and Jerome D’Ambrosio will be signing off for Virgin/Marussia.

On a more positive note, Lewis Hamilton will be looking to continue his good form from Abu Dhabi and use the grunt of the Mercedes engine unit at what is a relatively high altitude track. Jenson Button is 10 points clear of Fernando Alonso in the battle for runners up spot and should hang on to that. We saw in Korea that Felipe Massa has been allowed off the Ferrari-team-orders leash and he will be keen to beat his team-mate at a circuit where he excels. Mark Webber is still in search of a win and Seb just likes to acquire statistics, so the front six will all be motivated to have a go.

Michael Schumacher and Nico Rosberg will be as keen as they ever are to beat each other. Mercedes have compiled some interesting statistics about the effects of DRS, KERS and Pirelli. (On the F1.com site if we don’t have it). It shows that Sauber’s Sergio Perez and Sebastien Buemi have overtaken the most this year with 82 overtakes. They are followed by Jenson Button 77, Mark Webber 76, Jaime Alguersuari 74 and Schumacher 71. Schumacher is the king of making up places on the opening lap (34), but also the king of not starting where he really should do.

What about the tyres for this weekend? Pirelli are experimenting and teams will have two extra sets of an experimental ‘hard’ tyre which has already been trialled in private tests at Jerez and Barcelona. That’s aside from the tyres run at the Young Driver Test at Yas Marina last week. Plus there’s a new harder ‘soft’. Paul Hembery, Pirelli’s motorsport director says, “It’s important not to get too distracted by the names of the tyres though: what we’re calling a ‘soft’ for now could end up as a medium for next year, as that’s what the testing process is all about. In general, the tyres are going to be less conservative next year as the second half of this season has shown how well the teams have understood our product, allowing us to make some reasonably aggressive choices.” Or in other words, they’re not going to Bridgestone-out on us. Seb may have been the runaway Champion in 2011, but Pirelli are the runaway success.