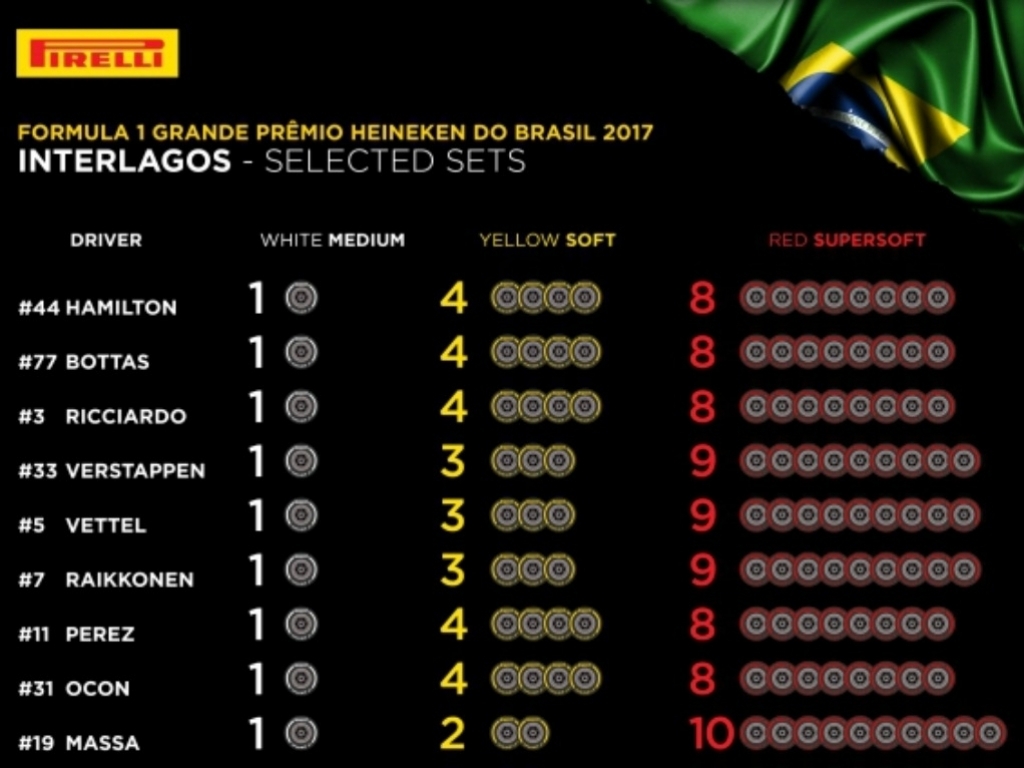 Pirelli have announced the tyre choices for the penultimate race of the 2017 season: the Brazilian Grand Prix.

It will be the final time this season that the medium-soft-supersoft combination will be used and there is a slight variation between the top three teams in Mercedes, Ferrari and Red Bull.

Newly-crowned World Champion Lewis Hamilton, his team-mate Valtteri Bottas and Red Bull’s Daniel Ricciardo have one set of mediums, four sets of softs and eight lots of supersofts at their disposal, while Max Verstappen and Ferrari duo Sebastian Vettel and Kimi Raikkonen have one fewer set of softs in favour of another set of supersofts.

Renault and Williams have adopted the most aggressive strategy by loading up on 10 sets of supersofts.

No driver has taken more than mandatory one set of medium tyres.