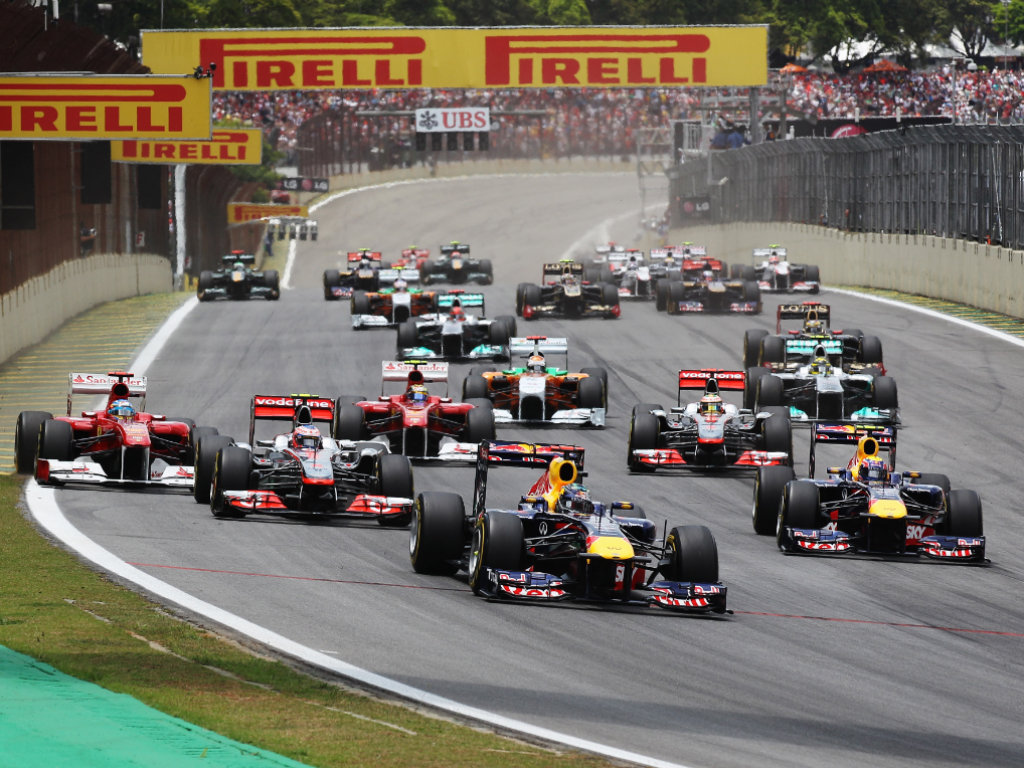 Mark Webber provided one of the comedy moments of the year, but it was the unseen Kamui Kobayashi who stole the show…

Mark Webber provided one of the comedy moments of the year, but it was the unseen Kamui Kobayashi who stole the show…

Star of the Race
Kamui Kobayashi, Sauber, 9th
Much as we like the wild Australian boy, Kobayashi’s largely unseen battle with the Toro Rossos and Petrov guaranteed the team an extra (estimated) $5m. There was just one point separating them at the start. Kamui qualified in 16th.
By Lap 1 he had got up to 14th but with Buemi crucially ahead of him.
By Lap 6 he had got past and was holding 13th ahead of Buemi. It was a nerve jangling: 13.Kobayashi, 14.Buemi, 15.Perez, 16.Alguersuari.
With Schumacher and Senna sailing backwards, by Lap 22 he had made his way up to 11th
By lap 42 he was up to 9th but hadn’t shaken off Buemi in10th
By Lap 51 it was: 9.Kobayashi, 10.Petrov, 11.Alguersuari, 12.Buemi
By Lap 64 it still hadn’t changed.
By Lap 71 he’d done it. While his team-mate had spun away positions any similar mistake from Kobayashi would have been painfully expensive.

Overtaking Move of the Race
Lap 11: Fernando Alonso on Jenson Button
In the chess game that is one car’s KERS used to resist another car’s DRS it had reached stalemate with Jenson vs Fernando. Then Alonso thought of a way to get a boost coming out of Lake Descent and going around the outside at Turn 6. It was an audacious move and came off. Like Webber vs Alonso at Eau Rouge it relied on a certain amount of compliance from the overtaken car. However these two have had their ‘seasons of growth’ and knew that resistance could be expensive. After the race Jenson said that he didn’t have to room to manoeuvre because there was Schumacher tyre debris on the track – but that sounded like a thin excuse.

Mark Webber, Red Bull, 1st
We don’t just watch F1 for suspense and drama, we watch it for comedy, too. There was a moment at the end of the race – Lap 69 of 71 – when Mark Webber had just set a Fastest Lap – a 1:15.487. The delayed radio message was broadcast from a fairly tight-lipped engineer, very much like a headmaster appealing for common sense amongst his rowdy sixth form: “That’s another fastest lap Mark, we don’t want any more of those.”
Mark then set a 1:15.480 Fastest Lap and you just knew he was doing a Sebastian Vettel with two playful fingers up to the other side of the garage. In fact you could hear him inside the helmet going: “Reckon I didn’t hear that last radio transmission…”. Then on the final lap he set a purple first sector, a green Personal Best middle sector and when he flashed across the line it was a 1:15.324 Fastest Lap of the race. However, I can’t see any detentions for Mark with a Red Bull 1-2.

Sebastian Vettel, Red Bull, 2nd
Vettel reaching the end of the race would appear to be a minor miracle. It’s hard to think back to a car that has reported gearbox damage on Lap 14 which can still put in a Fastest Lap of the race thirty laps later (Lap 45) and goes on to finish. How do you short shift in second and third gear and still go faster than your team-mate? Conspiracy theorists will have a whole winter with that one. Vettel coped with it remarkably well considering his team thought he would be out by half distance.

Jenson Button, McLaren, 3rd
Lewis’s season of growth might be enriched by studying Jenson’s patience behind Alonso. Button had shown in free practice that he was very good with the Prime tyre and so it proved after his second set of Primes where he tore into Alonso’s advantage by a second a lap. When he caught him it was a masterpiece of planning as the McLaren driver knew the DRS on the main straight wasn’t long enough to make the pass. However he threatened to come down the inside which was enough to make Alonso take a tight line through the Senna esses and a slow exit. This allowed Button to take a wider line and close right up on Alonso through Turn 3 and pass him on the run down to Lake Descent.

Adrian Sutil, Force India, 6th
Sutil has been turning it on these last few races with unemployment looming but you have to ask (but nobody did, even though they had him in front of them) what he was doing for the first 10 races of the season.

Lewis Hamilton, McLaren, DNF
Apart from saying a few worrying things this weekend about feeling the spirit of Ayrton Senna around Interlagos, Lewis came out of it with his nose clean and no fresh controversy. His deification of Senna borders on the teenage girl’s obsession with the Twilight series – what he needs is an ‘Our Noige’ helmet apart from his Ayrton helmet. Mansell raced Senna and beat Senna and put together some of the most breathtaking overtaking moves known to man. Come to think of it…is it just because he had a lot of yellow and green paint left over from his Jamaican Bob Marley helmet… We’ll find out at the next race Australia, where he can use the green and the gold to put together his Shane Warne helmet.

Michael Schumacher, Mercedes, 15th
Reminiscent of his 2006 drive for Ferrari – the burn from the stern – Michael actually set the fastest final sector on the last lap of the race. Whether he got a penalty or Bruno Senna got a penalty for the overtaking move on Lap 10 is not really an issue as the puncture dealt a fatal blow to his chances. What was interesting about the stewards’ decision was Nico Rosberg’s defence of 6th place later in the race, on Lap 49. It would be interesting to put Rosberg’s line on top of Bruno Senna’s line into that corner. Without strapping the anorak on and reviewing it multiple times I wouldn’t mind betting that Senna’s line was actually the same line that Rosberg successfully used to defend the corner. There was no contact between Rosberg and Sutil because Sutil took the normal racing line which was much wider than the one Michael chose.

Felipe Massa, Ferrari, 5th
It was Patrick Head’s last race in an engineering capacity for the Williams team before he immerses himself in roadcar energy recovery and hybrid drive systems. Patrick’s view is that drivers who have had major, life-changing shunts rarely if ever come back at the same speed. Obviously he has the experience to draw on from the late 1970s but he applied it to Ralf Schumacher after he had a huge testing accident at Monza for Williams rolling the car badly. Felipe Massa might well fall into this category after his Hungarian GP injury. This was his chance for a shot of redemption. He has never been as motivated for his home GP as in 2011 with Montezemolo saying he has to do a much better drive in 2012. Presumably Felipe knew he could start early in 2011 yet at a race where he has won and dominated he couldn’t outqualify his team-mate and finished a fair way back. And he became the first Ferrari driver since 1992 not to score a podium (in a season with three extra races).