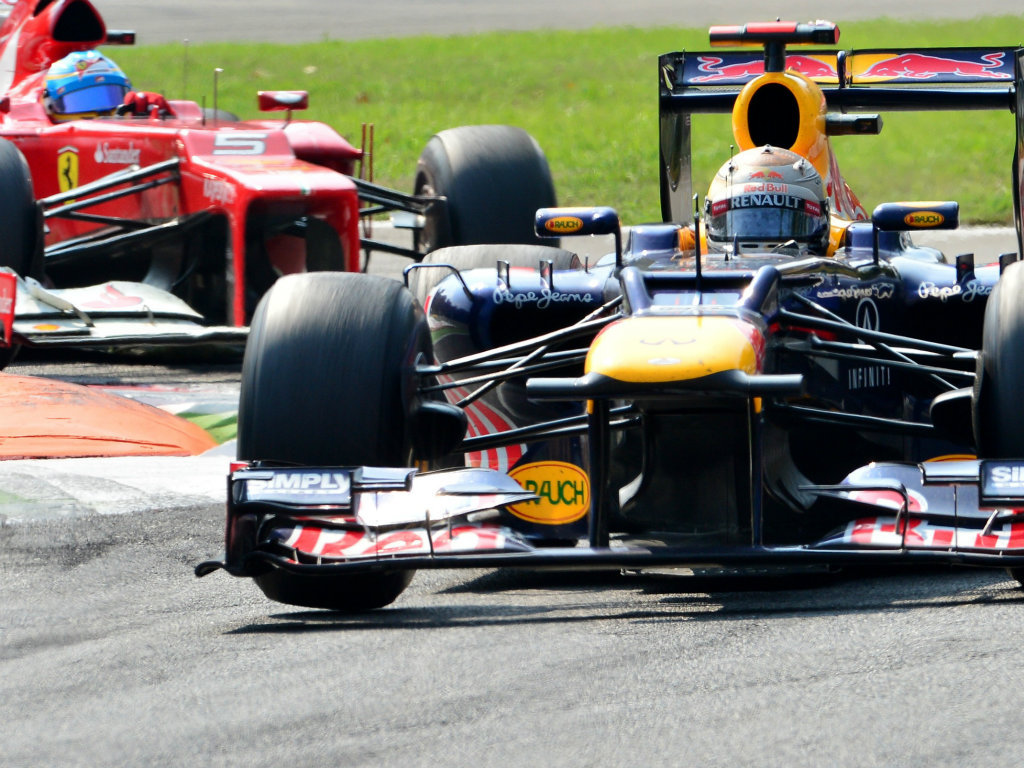 Can Vettel and Alonso provide a fitting finale to what has been an epic season of F1 racing…?

Before we’ve had time to draw breath after the bucking bronco ride that was Austin, we’re thrown into the cauldron that is Interlagos. The Brazilian Grand prix is F1’s most dangerous race – and that’s just getting to the circuit.

One thing you can always guarantee from Brazil, apart from the most vocal fans, is drama. Interlagos rarely fails to deliver drama – whether it’s a storming race from Jenson Button to win in 2009, a failure by both Alonso and Hamilton in 2007, or a last-corner victory by Lewis in 2008, the circuit produces grea races.

The final race of the season is going to be part-thriller and part-wallow in nostalgia. There are many farewells to be said. Michael Schumacher is leaving us for good and he says he means it this time. The last time he retired at the Brazilian GP he punctured early on and had to haul his way back through the field.

Lewis Hamilton is saying goodbye to McLaren and (some might say) grand prix wins. FIA medico Gary Hartstein will spend his last race in the medical car and we’re unlikely to see Kamui Kobayashi back in 2012. Another big loss will be the BBC’s Jake Humphrey who is going off to head up BT’s football coverage in 2013.

Jake has formed a brilliant presenting team with Eddie Jordan and David Coulthard, and the BBC have won BAFTAs for their output in his time behind the microphone. No matter that he was dressed by Man at Mr. BuyRight he will be missed.

But it won’t be all goodbyes. There’s at least one hello. Pirelli are bringing along two extra sets of next year’s prototype Pirelli tyres for teams to thrash around with in Friday’s free practice. This is going to be terribly conflicting for Ferrari and Red Bull who will want to know what’s in store for them next year, but will also want to maximise their set-up time and do long-runs with 2012 rubber.

Both the compounds and construction of the Pirelli rubber will be different next season, and the teams won’t get their hands on more sets till February, so there’s crucial data to be had – providing it stays dry.

For this race Pirelli have brought along the hard and the medium tyre – that’s not great news for Ferrari, who struggled to get the hard tyre to switch on in Austin after the first round of pit-stops, and will be extra difficult if it’s dry and the predicted 19 or 20C on Sunday.

The two big questions hanging over the race weekend are:
A) Will we get torrential rain in Brazil?

B) Will the Red Bull alternators last?

Looking at the long-range forecast on Wednesday night, the BBC are predicting 33C temperatures on Saturday with thunder and lightning, and on Sunday heavy rain and just 19C. Quite a difference.

With the Red Bull and McLaren speed advantage over the rest of the field Fernando Alonso is going to have to look at some catastrophic episode claiming Sebastian Vettel to become the youngest triple World Champion after Ayrton Senna. Both are worthy of the title, but the odds are stacked in Vettel’s favour.

Unpredictable things happen in wet weather it’s true, but one of those things was a Toro Rosso winning at Monza in 2008 – Vettel’s maiden win. He was also one of the few to survive the Mount Fuji deluge until getting caught out behind the Safety Car and ramming into the back of Mark “bloody kids” Webber. Actually, that ‘getting caught out behind the Safety Car’ sounds familiar, doesn’t it.

Even if it is wet, all he has to do is race for fourth place. Ferrari will be trying to ramp up the psychological advantage and will probably stress how they are not the ones under pressure, it’s Vettel’s title to lose. But of course they are the ones that will feel the crushing weight of expectation from Luca Montezemolo and the Italian media.

They won’t be able to forget that they blew a 15-point Alonso lead (over Vettel) in the final race in Abu Dhabi in 2010, or that Felipe Massa thought he was World Champion for 30 seconds in 2008, until Timo Glock ran out of tyres and Lewis slipped through into the all-important fifth place.

If Vettel thought there was a very good chance he was starting around Grosjean and Maldonado then he might feel a bit worrisome, but the chances are he’ll be up front and it’ll be Alonso trying to fight his way through an incident-prone Turn 1.

As for battles down the rest of the field, Kimi Raikkonen says he doesn’t want to be third in the title race and have to turn up at the FIA dinner in December to collect his trophy. The speed Lewis Hamilton is showing at the moment means that Lewis could probably do him a favour.

McLaren will need something like a 1-2 or a 1-3 result if they want to dislodge Ferrari from second in the constructors’ championship, and given that home boy Felipe Massa usually goes well at Interlagos, and Alonso’s programmed to be up there, it’s unlikely. And they’ll only have themselves to blame.

Sauber need 12 points to catch Mercedes who have been pointless since Singapore. If there’s rain you wouldn’t rule it out, but in the dry it’s unlikely. Williams would need another Barcelona result to catch Force India. They don’t have themselves to blame, they have Maldonado to blame.

Finally Caterham need a twelfth place or higher to beat Marussia, and yet again they’ll need some Grosjean-inspired carnage or a deluge if they’re going to get their heart’s desire.

We can’t hope for a 2008-like finish to what has been an epic season of racing, because that was a once in a lifetime event. But the fact that the title has gone down to the wire again can’t do the sport any harm at all. Let’s hope it’s a fitting finale.