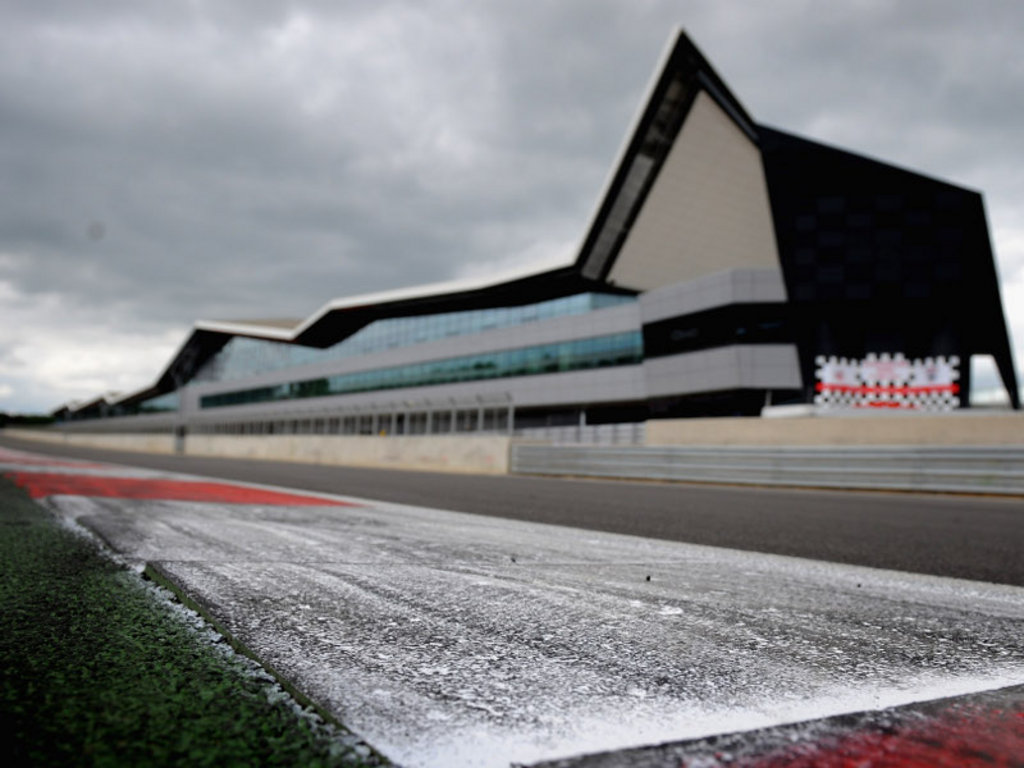 Silverstone’s finally got it all; a new circuit, new pit buildings, a charged up Jenson and Lewis and the rules thrown into the wind…

It’s quite odd to have the British Grand Prix at Silverstone without some threat hanging over it. For as long as most British motorsport fans can remember Silverstone has been on the brink of being wiped off the F1 calendar for one odd reason or another, whether for being too wet in April, too historic, too well attended or not having space for Bernie’s helicopter one year. (Actually, I think it was diverted for some reason or another).

Once Bernie’s pet project of Donington Park failed to come up with the money and Silverstone announced a new circuit plan and a new pit complex they were in the home straight. Now, everything’s been built and there’s nothing left to moan about.
No doubt the racing’s going to be awful in response.

Actually it’ll struggle to be boring given KERS, DRS and Pirelli tyres, plus the chance of a summer shower at some stage of the weekend. It will also have a pumped Jenson Button and a hyper Lewis Hamilton at their home race. A race that will involve hard Pirelli tyres, which they scored a 2-3 with in Barcelona.

But most of all it’ll have a few straws thrown into the wind. Off-throttle gases are limited to 10% this race and so their interaction with a blown floor and a blown diffuser will be considerably reduced. The level of downforce they generate will be reduced, and therefore the grip will be reduced, and hence tyre wear will increase with the tyre sliding about in corners.

Given that scenario it’s not surprising that Pirelli opted for the harder tyre this race. Ferrari weren’t too pleased because they had a nightmare with it in Spain, but with off-throttle gases limited who knows if it will be such a disadvantage.

Everyone will be looking to Red Bull to see if they lose time and their advantage is lessened. Most teams think they will lose some time, even Renault who feel rather smug that their exhaust gases are pushed out the side and not the back. But it’s a question of who will lose most. We’ll only know for certain at lunchtime on Saturday.

The refreshing thing is Adrian Newey doesn’t know either. His assessment of the situation, though, is pretty acute, speaking to Reuters he lamented: “I’m slightly baffled by it because it’s been declared legal forever until this race. The obvious parallel is when active suspension was banned at the end of 1993, where there was no regulation change. Ferrari couldn’t get their active to work and suddenly it was illegal for the next year.

“It’s easy to fall into the Machiavellian conspiracy theories. Whether that’s true or not, I don’t know and I can’t comment. My read of it would be that, of our main competitors, which are clearly McLaren and Ferrari, then Ferrari probably haven’t got their exhaust to work that well so they are quite happy to see the back of it.

“McLaren probably don’t know whether they are going to lose more or less than us. But probably on the basis that they could do with a wild card thrown into the pack, they are probably relieved to have something that is different.”

Often in the past when a dramatic change has been anticipated the result has been only marginal. In Valencia the change to the engine mapping rules after qualifying didn’t shake up the established order, even if Ferrari were a little closer to Red Bull than before. Certainly it appears that the teams’ ability to adapt its car to the tyres and the characteristics of that particular circuit are greater barriers to progress than engine mapping rules. But if Adrian Newey says he’s not sure what’s going to happen at Silverstone you have to take notice.

Silverstone marks about halfway in any racing calendar and is often the start of the ‘silly season’ where the press speculates on which driver is moving where. Lewis Hamilton remains the subject of intense conjecture with disclosures that he could leave McLaren at the end of the year if he wanted to.

Everyone is advising him not to leave McLaren and stay where he is, but since when did Lewis listen to common sense? As his idol Ayrton Senna said, if you see a gap, you must go for it. He can see a gap where Mark Webber is about to sit down for 2012 and he’s thinking of accelerating into it.

Jenson Button will be just as keen to have a good race in front of his home fans. Jenson rarely has an outstanding British GP so it’s time to summon the spirit of Nigel Mansell and go for it. Nigel, incidentally, will be the driver steward at the race so it’ll be interesting if we have some racing incidents for him to pass judgement on.

It will also be Paul DiResta’s home grand prix and a very short trip for Force India from their Silverstone base. Having started the season so well DiResta is coming under a lot more pressure from Adrian Sutil. In one interview I read he says he’s never raced at Silvertone, but by that I presume the new circuit which he only practiced on last year. You can hardly progress through the junior ranks by only racing at Knockhill, Thruxton and Oulton Park.

New for this race will be Caterham branding on the Lotus, plus GE logos from their new sponsor. Also, Williams will be looking forward to their new association with Renault engines in 2012 and Virgin will be pleased to have picked up McLaren as a foster parent.

But expect a lot of attention to be devoted to the new Silverstone wing building. It may not be as fantastic a sight as the Shanghai circuit or Abu Dhabi, but this place has one big selling point. It’s going to be used for motorsport week in week out. The words “white” and “elephant” won’t be conjoined in Northamptonshire. No siree.