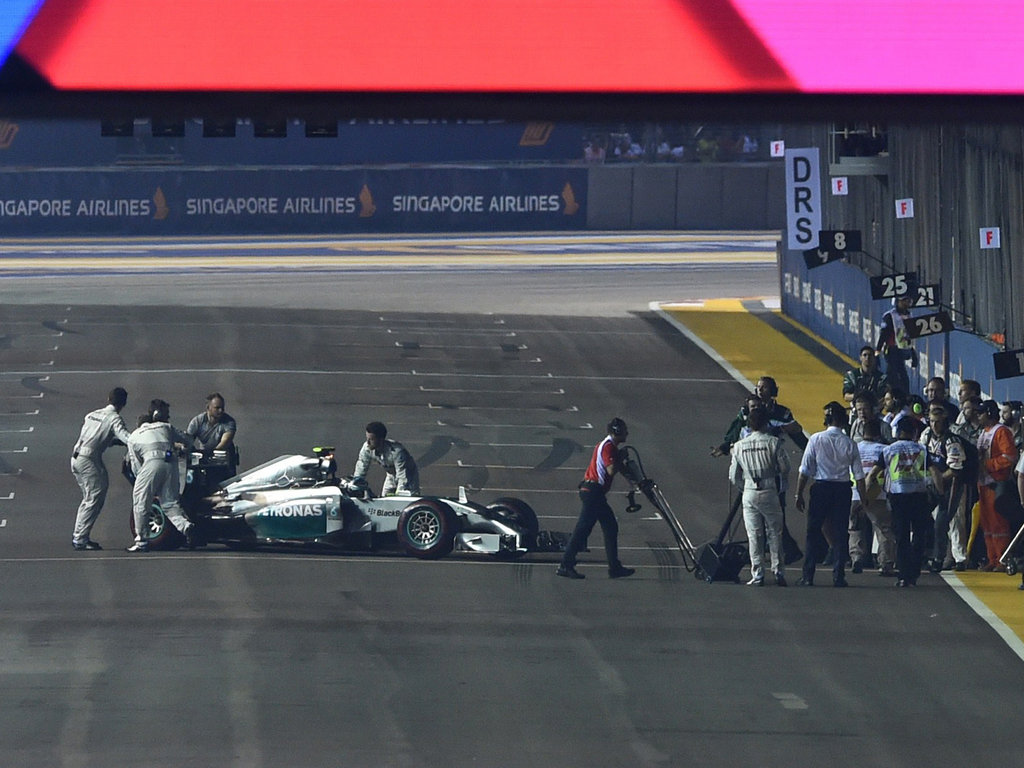 The German endured a nightmare race at the Marina Bay Circuit as he encountered problems in the pits before the race got underway. Although he managed to finally get going from the pitlane, he was forced to retire on lap 14 after his car shut down during a pit stop.

Rosberg revealed after the race that “all the buttons and the radio stopped their function: I had no hybrid power, I had no DRS – only the gear paddles sort of worked”.

Wolff has now gone further to explain the reason for the breakdown.

“It looks like a broken loom in the steering column, which was within the duty cycle and not towards the end of its life cycle,” he is quoted as saying by Autosport.

“It just shut the whole thing down.

“The only thing that worked was the gear change and then the radio came back. There was no hybrid energy any more, so when we called him in we changed the steering wheel, and tried to get it going but it wouldn’t.

“The only way to get it going was to get first gear in at high revs, and this is when I said stop, we don’t want to have a jack flying out of the rear of the car and hurting somebody.

“He was a minute down by then, so that was it.”

Related link
Rosberg: I Was Furious In The Cockpit