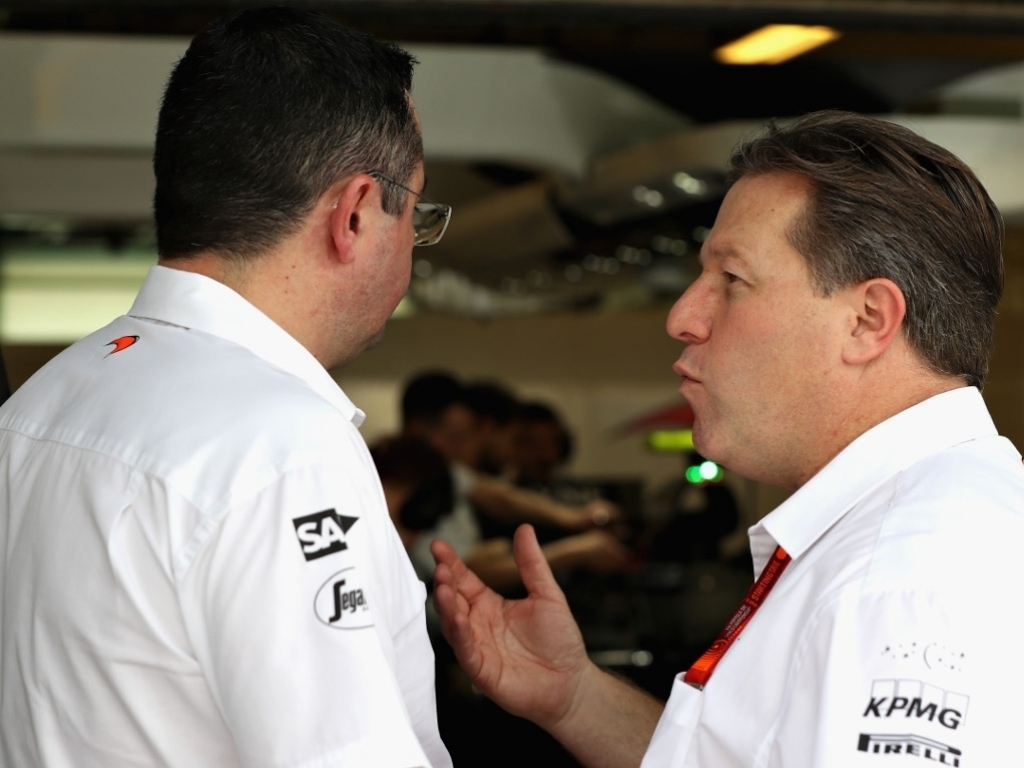 McLaren are unlikely to start the 2017 season with a title sponsor, that’s according to new chief Zak Brown.

Following the ousting of Ron Dennis, Brown joined in the role of executive director.

As the founder of Just Marketing International, one of the world’s largest motorsport marketing agency, Brown arrives at McLaren with a wealth of contacts.

However, he acknowledges that even he may not be able to secure a title sponsor for McLaren before next season.

“It’s a difficult environment for all of us,” said Brown.

“Red Bull had a title sponsor [Infiniti], they don’t now, it’s themselves. Ferrari go about things a little differently, and obviously Mercedes have been fortunate to have a title sponsor [Petronas] for some time.

“There are some serious headwinds out there in this world, whether its Brexit, the US election, so it’s a difficult environment. It’s not an inexpensive sponsorship – it’s great value, it’s global – so when you break it down it’s money very well spent.

“But I’ve not been on the inside so I don’t know how many near-misses they’ve had. We’ve had a couple of close opportunities [with his business], so it’s hard.

“By no means do I have a magic wand and think having a title sponsor for 2018 is going to be an easy feat.”