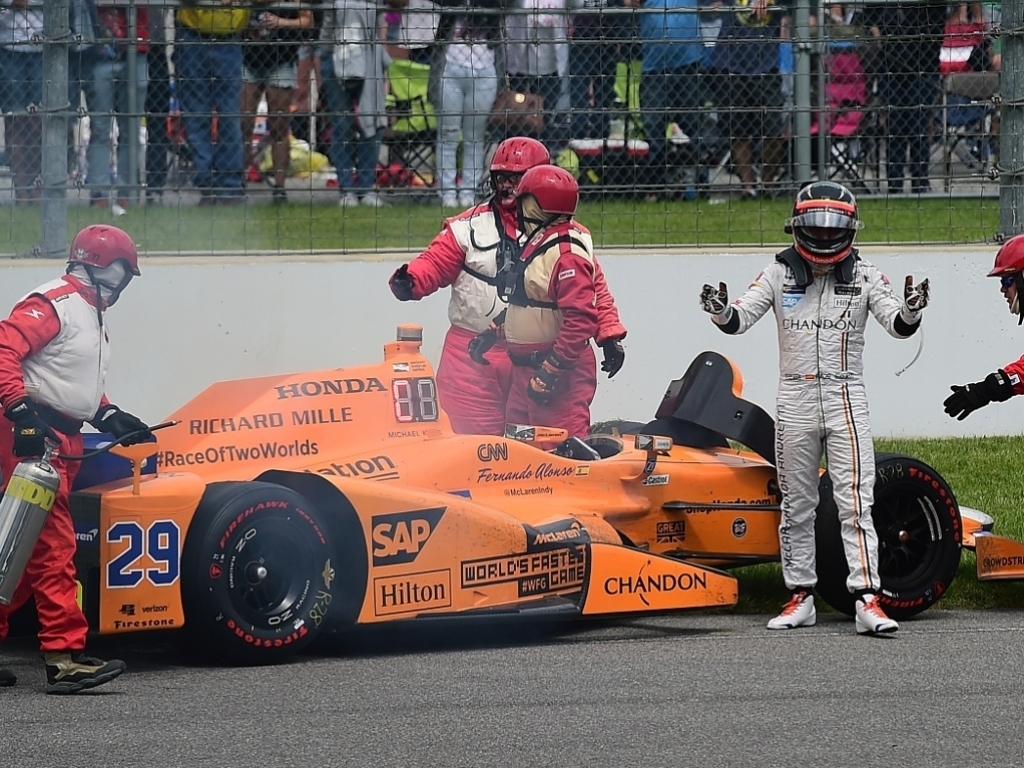 It may have been a different series but it was the same old story as Fernando Alonso’s chances of a good race result were wrecked by yet another Honda engine failure.

With McLaren-Honda struggling on track in Formula 1, down on pace and reliability, Alonso swapped his MCL32 for an IndyCar as he competed in the 101st Indianapolis 500.

The double World Champion was running in eighth place with 21 laps remaining when the Honda engine powering his McLaren-Andretti number ’29’ blew down the main straight.

Asked how he felt after being let down by yet another Honda engine failure, he replied: “Sad for Fernando, everyone at McLaren, everyone at Andretti.

“We’ve had a painful – a very painful – couple of years and this was hopefully intended as part of the programme to give us a good result, to be let down again as we have been is just shocking… but [I’m] not surprised.”