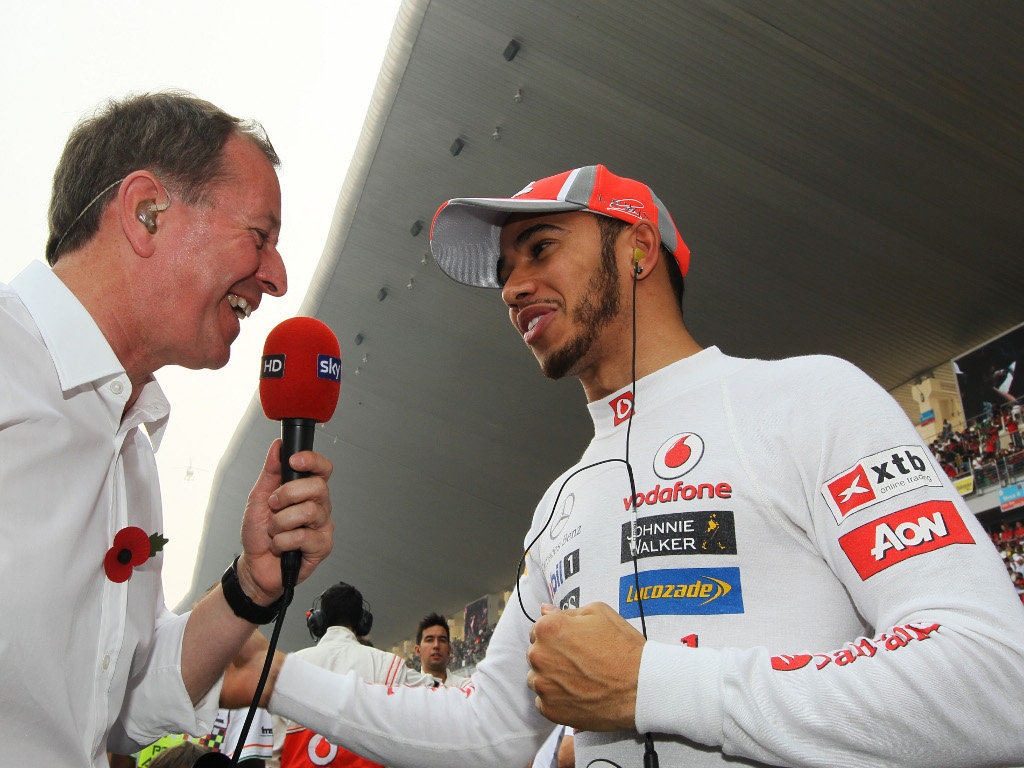 Martin Brundle says he “wouldn’t be surprised” if Lewis Hamilton claimed a race win during his first season with Mercedes.

After six years, 21 race victories and one World Championship with McLaren, Hamilton is off to Mercedes this season having signed a three-year deal with the Brackley-based outfit.

However, the Brit is facing what many believe could be an uphill challenge.

Although last season Mercedes claimed their first win since purchasing the Brawn GP outfit, their results plummeted as the season progressed.

The team scored just 30 points after the summer break which included a run of five grands prix in which they failed to get a single car inside the top ten.

But despite Mercedes’ dismal run-in to the season finale, Brundle is predicting better fortunes for the team and their new driver in 2013.

“Lewis has taken a gamble, but I think Mercedes will be a lot better in 2013 and I wouldn’t be surprised to see him win a race, not in the slightest,” he said at the Autosport International.

“Lewis has got such pace, and if Mercedes can harness that speed and give him the car, he will drag another quarter of a second per lap out of it somewhere.”

Pressed as to whether Hamilton had made a mistake switching from McLaren to Mercedes, the F1 driver turned commentator said: “It’s not for me to be judgemental of Lewis. He is right to do what he feels best.

“Had I been managing him I think I would have said ‘let’s do a short-term deal at McLaren and then see what is out there and who is moving around’.

“But time will tell. I wasn’t sure Jenson Button was right to go to McLaren but he was. I don’t like guessing, I like waiting to see what happens.”