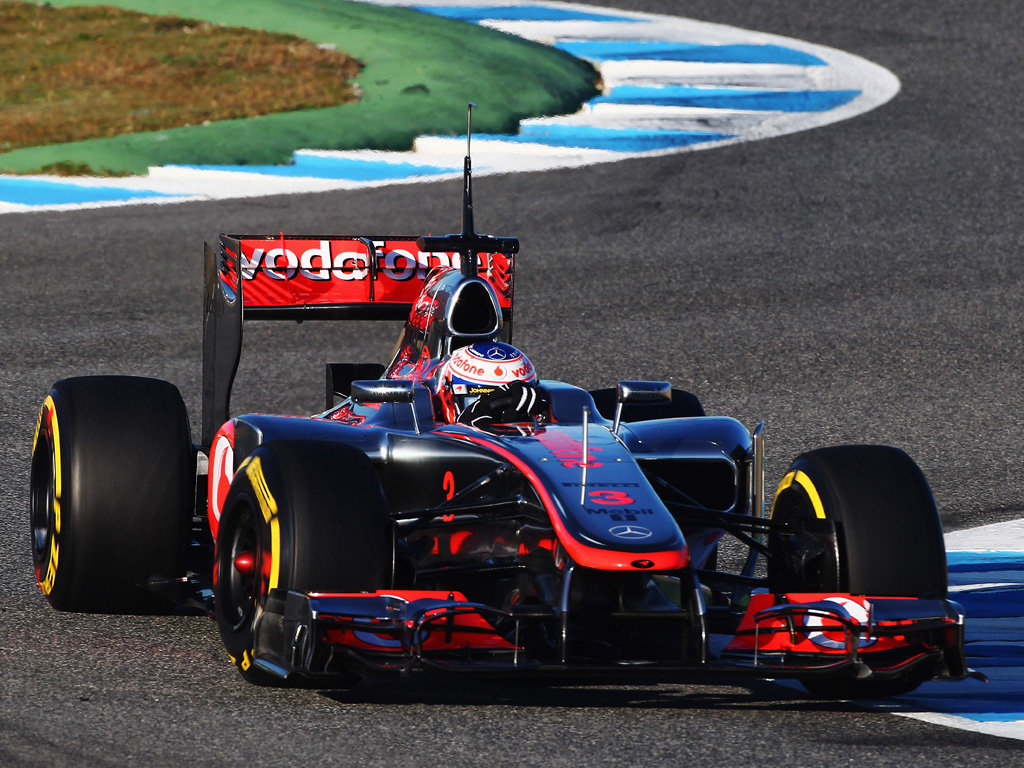 Despite not setting the timesheets alight, Jenson Button reckons it was a good first day of pre-season testing for McLaren and their new MP4-27…

Despite not setting the timesheets alight, Jenson Button reckons it was a good first day of pre-season testing for McLaren and their new MP4-27.

Button had the honour of being the first to drive the team’s new challenger, the only 2012 car in the field not sporting the stepped nose design, at Jerez on Tuesday.

The Brit’s day began slowly with Button conducting a number of short runs as he completed the system checks. After that the distances were extended, culminating in a 15-lap run that allowed to get a feeling for the car.

And so far he says it has been a positive feeling.

“It’s been a good day: this morning, we ran through our installation and systems checks and the running was good,” said Button.

“We’ve been gathering data on aerodynamics, downforce levels, temperatures and the feeling inside the cockpit.

“We did a 15-lap timed run this afternoon, which is a good starting point for us – and the consistency was okay.

“It’s been a positive day: there are no niggly areas with the car, which is nice. Overall, today was just a starting point, and was all about putting miles on the car. There are some promising signs, so I’m happy.

“It’s now important for us to get a clean day of running tomorrow, put some miles on the car and find a direction that we like. Today’s a very good basis for the next few days.”